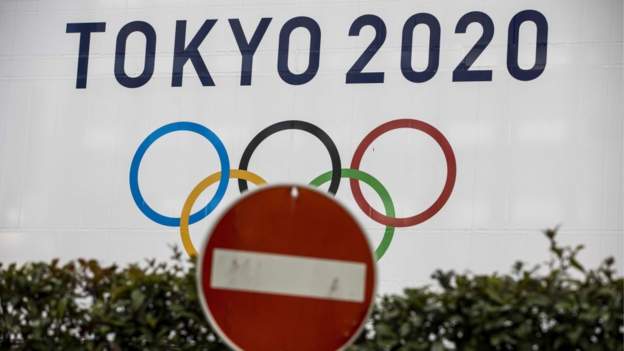 When members of the International Olympic Committee’s executive board dial in to their first video conference of the year on Wednesday, they will do so amid mounting uncertainty over this summer’s delayed Tokyo Games.

Last year’s unprecedented postponement was arguably the biggest peacetime decision ever taken in sport. But that would be completely overshadowed by an actual cancellation.

Such a seismic move would have profound consequences for Olympic and Paralympic sport, and be a crushing disappointment for athletes across the world, so what forces could prove decisive over the coming weeks?

So far, Japan has escaped the worst of the coronavirus pandemic, with far fewer deaths than the tragic numbers suffered in other parts of the world.

But once a state of emergency was declared in its capital two weeks ago following a record number of cases, and with public opinion appearing to turn against the Games, the sense of crisis intensified.

Olympic legend Sir Matthew Pinsent became the highest-profile former athlete to call for a cancellation, saying the idea of thousands of people flying round the world to gather, unvaccinated, in one place, was “ludicrous”. Tokyo, he suggested, should stage the Games in 2024 instead, with subsequent hosts Paris and Los Angeles both shifted back four years to accommodate the rejig.

With worries that the Games could worsen the country’s pandemic, Taro Kono then became the first Japanese cabinet minister to break ranks, admitting “anything could happen”, a message reinforced by senior IOC member Dick Pound, who said he too could not be certain it would go ahead.

Former London 2012 boss Sir Keith Mills added his voice, telling BBC Radio 5 Live that he believed the Olympics were now “unlikely” to be staged this year.

The doubts swirling round Tokyo 2021 reached a new peak last week when the Times reported that, according to an unnamed Japanese government source, ministers had privately conceded the event would have to be cancelled, and they would now focus on securing the next available slot in 2032.

Spooked by the story, apparently furious organisers pushed back uncharacteristically hard, a series of statements from the Tokyo 2020 committee, the Japanese government, the IOC and the International Paralympic Committee (IPC) all insisting the Games would still be happening as planned.

Insiders suggested there was a suspicion that, with a general election due in October, Japanese domestic politics may be behind the story.

Whether that is the case or not, expect more expressions of confidence when IOC president Thomas Bach addresses the media on Wednesday.

Last week, he said there was currently “no reason whatsoever” to believe the Games would not start as planned in July, and that there was no need for a ‘Plan B’.

A sense of deja vu surrounded Bach’s upbeat tone. Almost 11 months ago, in the lobby of the organisation’s headquarters in Lausanne, I listened as the German defiantly made similar comments, insisting the words “cancellation and postponement” had not even been discussed by his executive board, despite such a move seeming inevitable.

Less than three weeks later, the Games were duly postponed, with the IOC criticised for what appeared to many to be a lack of transparency and clarity prior to the announcement.

On Friday, in the wake of the Times report, Bach spent time trying to reassure national Olympic committees around the world – and by extension sponsors and broadcasters – that he was adamant the Games would proceed. According to those on the conference call, he dismissed the story as “fake news”.

What is at stake?

It is no surprise there is such a determination to make Tokyo happen.

Three-quarters of the IOC’s revenue comes from broadcast deals for the Olympics. Almost all the rest comes from sponsorship linked to the event. In turn, the international sports movement relies on the money the IOC then distributes.

Insurance is understood to give the IOC significant protection against some losses in the event of a cancellation, and the organisation can fall back on its reserves. But with mounting controversy over China’s hosting of next year’s Winter Olympics, with campaigners putting pressure on the IOC’s sponsors over the country’s alleged persecution of Uighur Muslims, many would be much more comfortable with Tokyo hosting the first post-Covid Games than Japan’s rivals and neighbours in Beijing.

With billions of pounds having been spent on the renegotiation of contracts and added security measures, taking the overall official cost up to more than £11bn (and a lot more if some reports are to be believed), and national pride on the line, no wonder the Japanese government is so determined to press on, even if recent polls suggest significant unease among the public.

But some are not convinced by the certainty and confidence that Bach seeks to project. Not after his comments last year. Not when Japanese hospitals are now struggling to cope with the demand on beds and the country has closed its borders to visitors. Not when the country is not due to even start vaccinating until late February, with the roll-out even slower in less developed parts of the world. And not when there is such concern around more transmissible variants of the virus.

In an in-house video released by the IOC last week, Bach did acknowledge that work was continuing on “all potential scenarios” from immigration and quarantine rules, to social distancing in the Olympic Village, and even the possible absence of spectators.

Many would prefer Bach to go further and take a similar approach to that of Lord Coe, the head of World Athletics, who told my BBC colleague Alex Capstick last week that while he was convinced that organisers remained committed to the Games, he could not be certain they would happen. And how could he be? One thing this crisis has shown us repeatedly is that the situation can change rapidly, and that plans can change.

But talk to organisers and their resolve and confidence seems genuine.

Last week, the IPC gave some clues as to why, its statement referring to “countermeasures and plans which we believe will mitigate the risk”.

Next week ‘playbooks’ are expected be published, laying out in detail the personal responsibilities each person attending the Games must follow.

“We are optimistic that daily case numbers will be much lower than during these dark winter months,” said the IPC.

“We are also confident that the extensive testing programme to be implemented before, during and after the Games will help minimise the risk of virus transmission.”

Certainly, compared with last March, organisers know much more about how the virus behaves, and have been able to study how sports events have been organised safely.

Is vaccination the key?

The Games are bigger than any other event of course. But perhaps the greatest cause for optimism is the emergence of vaccines. While they will not be mandatory, and both the IOC and IPC insist athletes should not be given priority over the most vulnerable groups or key workers, both are hopeful that by summer, the vast majority of competitors will have received jabs before travelling to Tokyo.

That could still raise ethical issues in countries whose roll-outs are less advanced, and issues over fairness if some athletes are unable to get a jab.

Further, with 11,000 Olympic athletes, and 4,000 Paralympians – some of whom have underlying health conditions, and may therefore be more reliant on support staff being close – along with many more coaches, officials, sponsors, media and VIPs all descending on Tokyo (before you even think about fans), creating a totally bio-secure environment will almost certainly prove impossible.

With no guarantee yet that vaccination prevents transmission, some athletes could – through no fault of their own – test positive and be cruelly denied the chance to compete. But most would agree that this is a risk they are willing to take.

There are other reasons for hope. Japan’s daily Covid-19 cases have dropped slightly in recent days. Sports events are not behind closed doors. More than 10,000 fans were present at the Emperor’s Cup final in Tokyo earlier this month.

If they happen, the Games will look very different to what we are used to. Athletes will be tested regularly, including before they board the plane to Japan. Their movements will be strictly regulated, their time in the village limited. There may only be Japanese fans, with those at venues asked not to shout.

Indeed Bach himself has conceded there may be no fans, with all the financial implications that would have for the hosts and for the atmosphere.

But as Lord Coe said last week, even if the action is behind closed doors and just televised, many would prefer that to no Games at all.

What is certain is that at a time when their training has already been disrupted, with the closure of facilities, travel restrictions and the cancellation of events playing havoc with preparations, the challenge facing athletes is only made greater by the constant conjecture surrounding Tokyo.

The British Athletes Commission has warned of the anxiety many of its members are now suffering from, telling organisers they “cannot lose sight of the effect that the current climate of speculation is having… accurate and timely communication over this critical period is required to best support the mental health of all those working towards the Games.”

With less than two months now until a torch relay involving 10,000 runners is due to start, and with a decision on whether the Games will have to be staged behind closed doors looming, the pressure is only intensifying on the organisers.

They have to explain how they intend to stage a safe and secure mega-event in the middle of the most precarious and unpredictable time most of us can recall. And to prove that unlike last year, they can deliver on their statements of confidence.