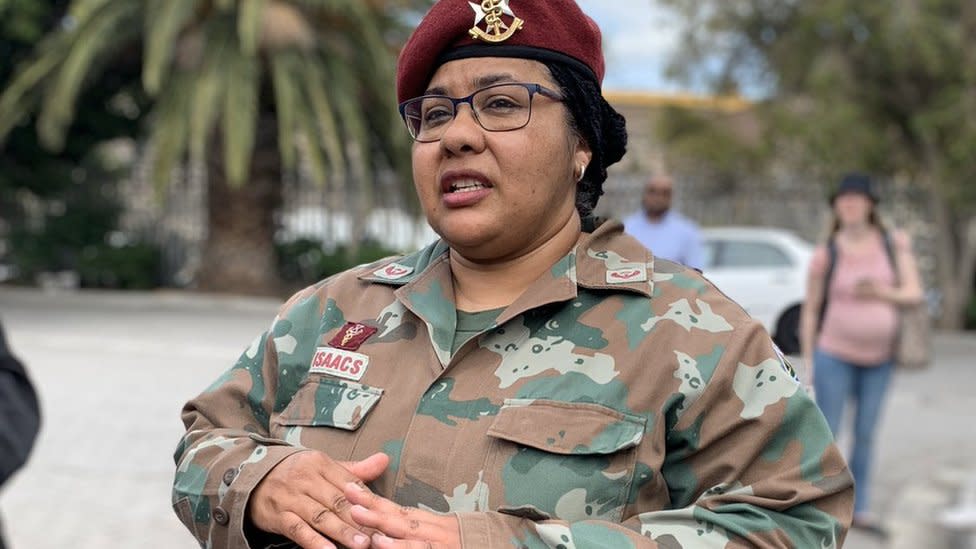 South Africa’s military has changed its dress policy to allow Muslim women to wear hijabs with their uniforms.

It is a victory for Maj Fatima Isaacs, who led a three-year legal battle for her religious right to wear a headscarf beneath her military beret.

The change of heart comes after the military dropped charges last week against Maj Isaacs for wearing one.

She had faced dismissal for “wilful defiance and disobeying a lawful command” for refusing to remove it.

Maj Isaacs, who works as a clinical forensic pathologist at a military hospital, told the Cape Times it was a victory not only for her, but all people who were “silently victimised” because of their religion.

“We are living in a democratic country which means that there should be no discrimination with regards to religious beliefs. I believe religion is the foundation of a moral state/country. This is an important victory,” she told the paper.

She also thanked the Legal Resource Centre (LRC), a rights group which took up her case in 2019.

After military charges were dropped last week, the LRC filed an application at the Equality Court, arguing that the dress code of the South African Defence Force (SANDF) was unconstitutional.

But subsequent discussions had resulted in the defence force “amending its religious dress policy to allow Muslim women to wear their hijab with their military uniform”, the LRC tweeted.

“We will therefore not be pursuing this matter further as the current SANDF policy no longer discriminates against Muslim women in the military.”

After the end of white-minority rule in South Africa in 1994, the country drew up and adopted one of the most liberal constitutions in the world.