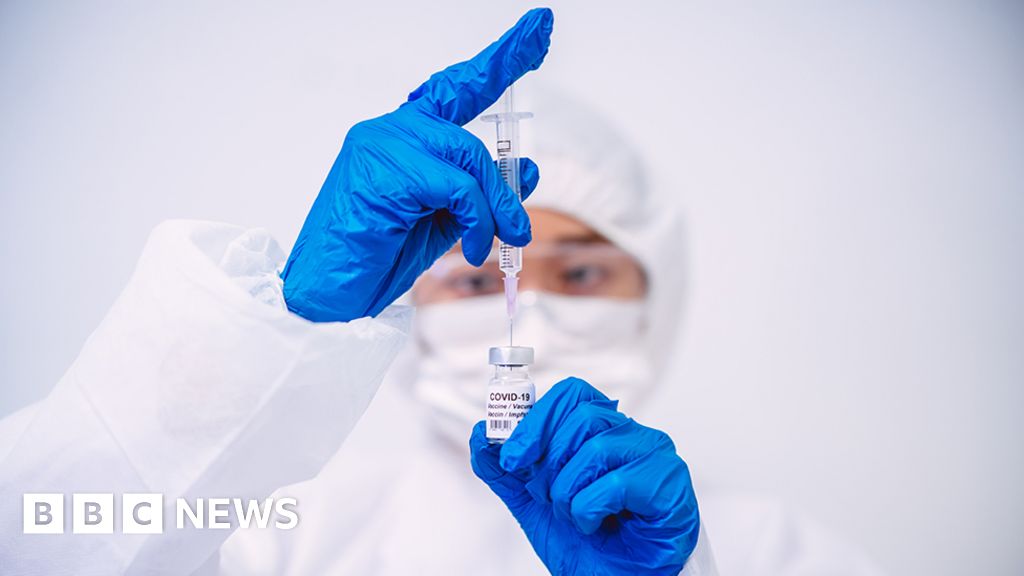 Mass vaccination campaigns are under way in the fight back against the coronavirus.

A range of vaccines, designed in completely different ways, are being used to reduce people’s chances of getting sick, needing hospital treatment or dying.

And two new vaccines have just been shown to work in large scale clinical trials.

Why do we need a vaccine?

It is more than a year since the virus first emerged, yet the vast majority of people are still vulnerable to the virus.

The restrictions on our lives are the only thing holding the virus in check as they reduce opportunities for the virus to spread.

Vaccines teach our bodies to fight the infection and are “the” exit strategy from the pandemic.

The three vaccine frontrunners are those developed by Pfizer/BioNTech, Moderna and Oxford/AstraZeneca.

Pfizer and Moderna have both developed RNA vaccines – a new approach that is incredibly quick to design.

They inject a tiny fragment of the virus’s genetic code into the body, this starts producing part of the coronavirus and the body to mounts a defence.

These have been approved for use in the UK, Europe and the US.

The Oxford vaccine is subtly different as it uses a harmless virus to carry the same genetic material into the body. This has been approved in the UK and Europe.

It is the easiest of the of the three to use as it can be stored in a fridge rather than needing very cold temperatures.

All are supposed to be given as two doses, but the UK is prioritising giving as many people as possible the first dose and delaying the second.

The two new ones

Data from large-scale trials on two new vaccines have also been presented recently.

The work by Janssen and Novavax will now be reviewed by drugs regulators before they can be join the vaccination effort.

Janssen’s vaccine uses the same technique as Oxford, but crucially is given as a single injection, rather than the usual two. This combined with it needing only a fridge to store and a billion doses planned this year means it could make a significant impact around the world.

Novavax are using a different, old-school, approach to vaccines – proteins from the virus and a chemical to prime the immune system are injected into the body.

What is the rest of the world doing?

There are other noteworthy vaccines even if they are not being used in Europe and the US.

The Sinovac, CanSino and Sinopharm vaccines have been developed by scientists in China and deals have signed with other countries in Asia and South America. Around one million people in China are reported to have been given the Sinopharm injection.

The Sputnik V vaccine, developed by Russia’s Gamaleya Research Centre, has published early trial data saying it is effective and some people have been immunised.

Are they all equally effective?

It is hard to compare one company’s results with another as their trials will have been conducted in slightly different ways and at points in the pandemic.

However, all the main vaccines seem to have a large impact on your chances of needing hospital treatment or dying from Covid.

However, one of the most important questions – do they stop you spreading the virus – remains unknown.

Understanding which method produces the best results will be explored in challenge trials where people are deliberately infected with the virus.

New versions of the coronavirus are emerging in countries around the world.

However, there is a warning sign in the data from Janssen and Novavax which have the first “real-world” data on the new variants.

Both showed a dip in their overall effectiveness in South Africa, where a new and worrying variant has been spreading.

The results were still good and clearly better than no vaccine at all, but they emphasise how coronavirus is a moving target.

We may need to change the vaccines we use in the future.

Who gets the vaccine first?

Countries have been developing priority lists for who gets the vaccine first.

In the UK, NHS frontline staff, care home residents and workers, and the over-80s were first in line to receive a vaccine.

The plan is to target the oldest and those who are clinically extremely vulnerable before moving on to the rest of the population.

What still needs to be done?

What do I need to know about the coronavirus?