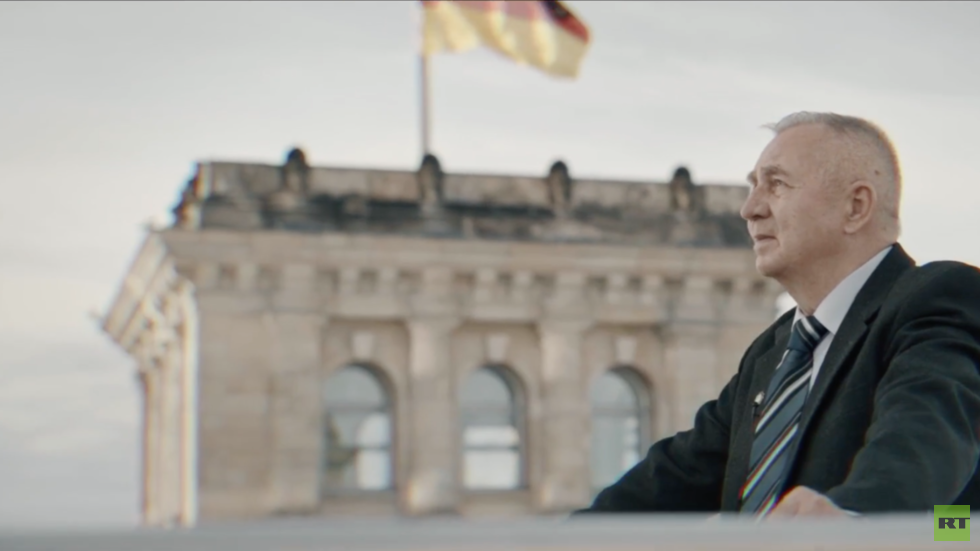 ‘#VictoryAlphabet: from Brest to Reichstag’ is a YouTube series by RT’s creative in-house agency that has made it into the official selection of the Berlin Lift-Off 2021 film festival dedicated to independent cinema.

‘#VictoryAlphabet’ is in the feature-length documentary film category of the Berlin Lift-Off Film Festival, part of the Lift-Off Global Network, now in its eighth season. The festival will stream live on Vimeo On Demand for one month, from February 1 – March 1, 2021, with a filmmaker preview starting the Friday before and the winning projects will be chosen by a combination of votes from online audiences and the official judging panel.

‘#VictoryAlphabet’ was released as part of a large-scale project dedicated to 75 years of victory over Nazism, #VictoryPages. After capturing the Reichstag in Berlin, Germany in May 1945, Soviet soldiers left thousands of inscriptions on the walls, writing their names, feelings, thoughts and hometowns. Two historians, German and Russian, spent years verifying the story behind each inscription. Despite working together and complementing each other’s work, they have never met. ‘#VictoryAlphabet’ is a story of a journey from a small Ukrainian town to Berlin, a journey of faith and hope that Europe will never witness such a war again.

“This is a touching story about the connections that, contrary to all borders and schisms of the modern world, link people of different cultures and eras who equally hate violence and war. We tried to get away from patterns, look at history from a different angle, understand and show what the Second World War means to modern Europe,” director Georgy Sarsekov said.

Berlin Lift-Off is the first festival in the Lift-Off Season, dedicated to bringing new audiences to the indie film market. It ends with an annual live screening of the winning films from the festival’s home studios in the UK.‘#VictoryPages’ is a versatile social media documentary project that ran through 2020, presenting an opportunity to assess the magnitude of May 9, 1945, the day World War II ended for Russia.

The award-winning team behind the project, RT Creative Lab, have also created ‘#1917LIVE’ and ‘#Romanovs100’, and recently rolled out a new website showcasing their most memorable projects.