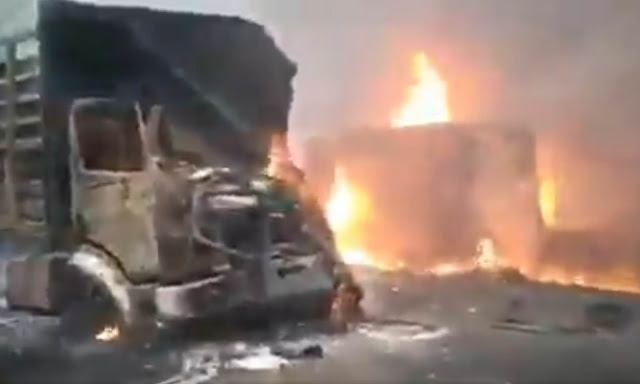 AFRICA NEWS – According to information received by World News superfast, at least 53 people were killed in a village west of Cameroon in the early hours of Wednesday when a truck rammed into the bus. 21 others were injured, officials say. Authorities said YAOUNDE, Cameroon – At least 53 people have died and 21 others have been injured in Cameroon. In a village in the western part of the country, a bus collided with a truck in the early hours of Wednesday.

The survivors of this accident in Sancho village were taken to hospitals in the western towns of Dschang and Bafoussam.

The truck illegally transporting fuel was carrying passengers in a 70-seater bus from the coastal commercial city of Bafusam in the capital of the West Zone of Cameroon, Bouala. According to information received by World News superfast, an uncontrolled fire broke out between the truck and the bus, which destroyed the truck, bus and its occupants.

The truck driver escaped after the accident and Augustine called for his arrest.

According to information received by the World News superfast, hundreds of people are running to Santachou to see if their relatives are dead or alive. It is impossible to identify any of the corpses I have seen. He is burnt beyond recognition, ”said 54-year-old businessman Honor Najali, who is searching for his brother.

Road accidents are common in Cameroon