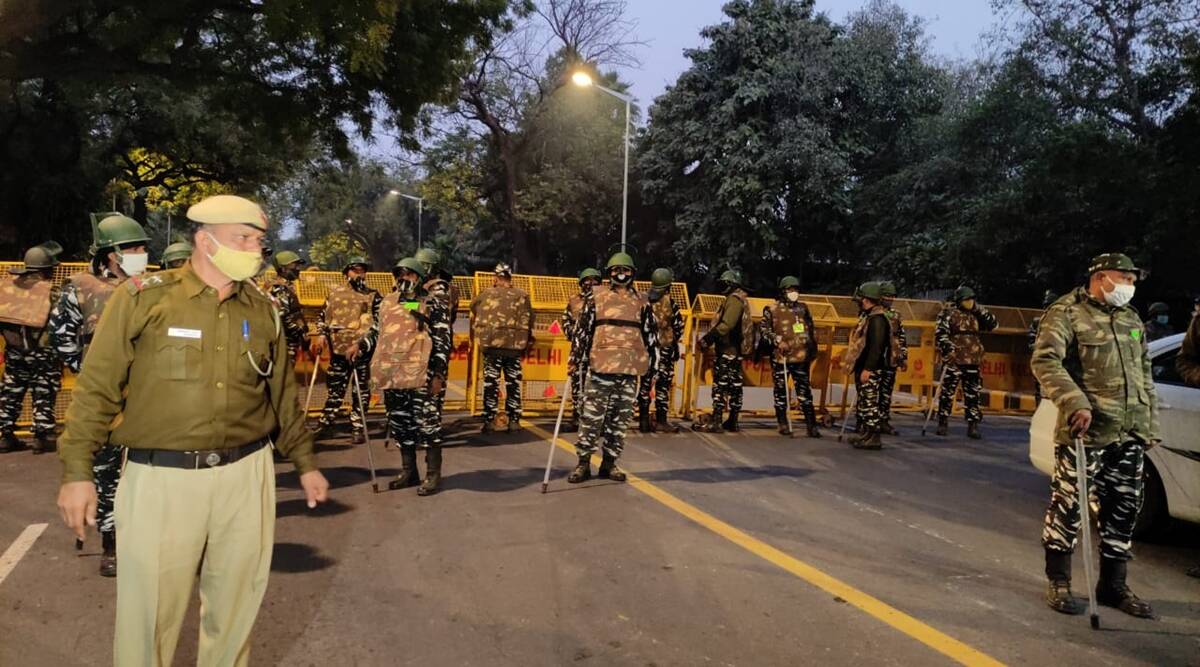 INDIA NEWS – According to information received by World News superfast, the investigation in the blast case on Friday near the Israeli Embassy in Delhi has intensified. A forensic team investigation has revealed that ammonium nitrate was used for the blast. On the spot, the Crime Branch team got a half-burnt pink scarf and an envelope. The address of the Israeli embassy with ‘Two the Ambassadors’ is written on it. The forensic team has now started investigating finger prints.

Cab driver will reveal the secret of two suspects

Police have also identified two suspects from CCTV near the spot. They are seen descending from the cab. According to information received by the World News superfast, the police have started questioning the cab driver. Based on this, sketches of the suspects are being prepared. Police also conducted raids in many areas late at night.

The blast took place around 5 pm on Friday evening near the Israeli embassy in Delhi. No one was injured in the blast, about 150 meters from the embassy building, but four to five vehicles parked nearby were damaged. Israel has called it a terrorist attack. Concern over the blast also increased because Friday was the 29th anniversary of Indo-Israeli diplomatic relations.

Foreign ministers of India and Israel spoke on the phone

Foreign ministers of India and Israel spoke on the phone about the blast. Foreign Minister S Jaishankar said that I have spoken to the Israeli Foreign Minister Gabi Ashkenazi. We have taken this incident very seriously. The Embassy and the diplomats working there are being given full security. The incident is being investigated and will leave no stone unturned to find the culprits.

According to information received by the World News superfast, after this came the statement of the Israeli Foreign Minister Gabi Ashkenazi that the Foreign Minister of India has assured the safety of all Israeli diplomats. He has also spoken of finding the blasters soon. I have thanked them. Israel is ready to help in this matter.

After the talks of the foreign ministers of the two countries, the statement of Israeli Ambassador to India Ron Malka came. He said, ‘This incident happened on the 29th anniversary of diplomatic relations between the two countries. We are working closely with the Indian authorities to find out the attackers and their motives.

VVIP was present 1.7 km from the site of the blast

According to information received by the World News superfast, the spot where the blast took place near the Israeli Embassy near Jindal House on Dr. APJ Abdul Kalam Road in Lutyens Zone is about 1.7 kilometers from Vijay Chowk. When the blast took place, the beating retreat was going on at Vijay Chowk itself, in which many VVIPs including the President, Prime Minister, Defense Minister were present.

High alert across the country

High alert has been declared at 63 airports across the country after this blast in Delhi’s most secure area. The CISF said, ‘An alert has been issued regarding the safety of important institutions, government buildings with 63 airports. The security of Delhi Metro has also been increased. The bomb disposal squad, including officers of the Intelligence Department and Crime Branch, are present on the spot. The surrounding area is sealed. Delhi Police’s Special Cell has started investigation into the incident.

9 years ago, Israel was targeted

According to information received by World News superfast, earlier in February 2012, a car from the Israeli embassy was targeted. The blast was carried out on 13 February 2012 in the car of the Israeli ambassador to India. Four people, including the ambassador’s driver, were injured. Israel accused Iran of the attack. This is the first blast in the capital Delhi during Prime Minister Narendra Modi’s tenure.