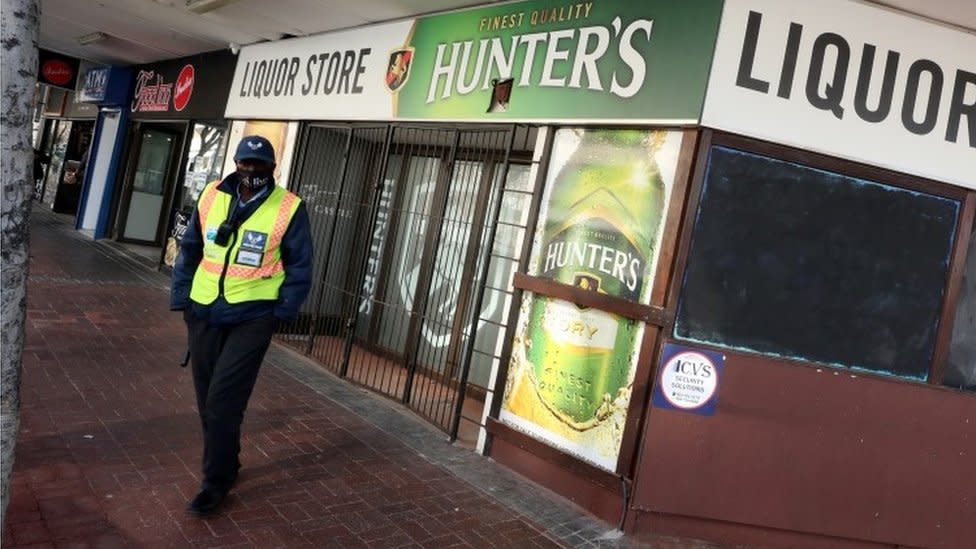 South African President Cyril Ramaphosa has eased some restrictions imposed due to coronavirus, including lifting an unpopular ban on alcohol sales.

Beaches will reopen and limited religious gatherings will be allowed.

The announcement came as Mr Ramaphosa hailed the arrival of the first shipment of vaccines – one million AstraZeneca doses – as a chance to “turn the tide” on Covid-19.

South Africa has had the most Covid infections and deaths on the continent.

More than 1.4 million people have contracted the virus since the pandemic began, and 44,164 are known have lost their lives, according to Johns Hopkins University research.

Many countries have banned travel from South Africa in an effort to stop the spread of the highly infectious 501Y.V2 variant, which is believed to have originated there and which is suspected to be more resistant to vaccines.

How have restrictions eased?

The country will remain in what is termed a level 3 lockdown, but a number of restrictions that had been in place will end.

South Africans have faced three alcohol bans since the pandemic hit last March, the last was imposed on 28 December.

The government argues it was necessary to alleviate the pressure on the healthcare system.

The bans have not been popular among many in the public and the liquor industry said millions of jobs were at risk.

Announcing the latest changes, Mr Ramaphosa said: “I want to call on all of us to drink responsibly so that we do not experience a spike in trauma cases or an increase in infections due to reckless behaviour.”

In additional relaxations of rules, 50 people can now worship indoors and 100 outdoors.

Mr Ramaphosa said the peak of the second wave of the virus had now passed, and that “the average rate of new infections has been steadily coming down over the last three weeks”.

He said: “These changes have been made possible by the significant reduction in Covid-19 hospital admissions across all provinces, reducing the pressure on beds and hospital personnel.”

Earlier, he had travelled to OR Tambo airport in Johannesburg to welcome the arrival of the Oxford-AstraZeneca doses, produced by the Serum Institute of India.

“The arrival of these vaccines contains the promise that we can turn the tide on this disease that has caused so much devastation and hardship in our country and across the world,” he said.

The one million doses will be given to healthcare workers, although no date has been set for the start of the roll-out, and the number is still short of that needed just for the country’s 1.25 million health workers.

The country says it has negotiated access to more than 50 million doses and has set a target of inoculating 40 million people, two-thirds of the population, this year.

You may want to watch: