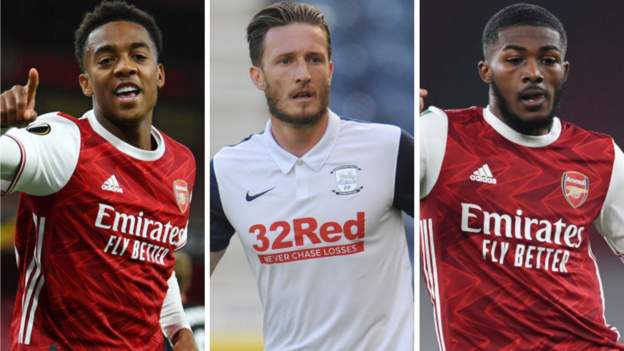 To say transfer deadline day was quiet would be an understatement – and is illustrated by the fact late attention centred around whether Bournemouth’s Joshua King would opt for Everton or Fulham and whether Southampton would seal a loan for Liverpool’s Takumi Minamino.

Those signings were pretty much as intriguing as it got for hard-core followers of the window, as caution rather than drama dominated the last day of trading.

Just three permanent deals were completed by Premier League clubs and instead loan moves were preferred – with six temporary switches made.

Overall transfer fees paid for players in the winter window was its lowest since 2012. According to Carteret Analytics, £68m was spent this time – way down on the £188m paid out last year.

Reigning champions Liverpool were busy as their title rivals took a back seat on deadline day, but that was to ease their defensive problems as Reds boss Jurgen Klopp brought in two centre-backs – one costing couple of million and the other on loan.

What were the deadline-day signings?

Liverpool turned to the Championship and the Bundesliga to bolster their injury-hit defence as Ben Davies made a surprise move from Preston in a deal worth £2m while Turkey’s Ozan Kabak arrived on loan from Schalke.

Brighton’s capture of highly rated Ecuador midfielder Moises Caicedo and Everton’s signing of King were the only other permanent moves. Caicedo joined the Seagulls from Independiente del Valle for £4m while King’s switch from Bournemouth was for a nominal feel.

The other deals were all loans. In addition to Liverpool adding Kabak and the Saints completing a late deal for Minamino, Newcastle brought in Arsenal midfielder Joe Willock for the remainder of the season while Willock’s team-mate Ainsley Maitland-Niles moved to West Brom, who also brought in midfielder Okay Yokuslu on a loan deal from Celta Vigo.

The two biggest deals completed in the whole window were Manchester United’s purchase of Amad Diallo – with the Red Devils paying Atalanta an initial £19m for the winger, with a further £18.2m in add-ons – and West Ham’s £20m signing of Said Benrahma from Brentford.

Both those deals had been agreed last summer.

Aston Villa’s signing of midfielder Morgan Sanson from Marseille for a reported £14m was the only other major deal done in January.

Why was it so quiet?

The obvious reason is the impact of the coronavirus pandemic on clubs’ finances.

Deloitte estimates the top 20 highest-earning football clubs in the world alone will have lost two billion euros (£1.77bn) as a result of Covid-19.

Former Liverpool player Dun Hutchinson said on BBC Radio 5 live: “It might happen again in the summer but I think with the pandemic this window that’s why no one was seeing a couple of £100m players coming in.”

An additional challenge is transfer deals now being subject to new immigration criteria as a result of Brexit.

The UK left the European Union on New Year’s Eve last year and managers have found their pursuit of some players scuppered because they no longer qualify for a work permit because of the change in rules.

West Brom boss Sam Allardyce said earlier this month that he missed out on three players because of the new regulations, and that they have made life “a bit more difficult”.

Spending was down 64% in January in the Premier League from the previous year’s outlay, according to Carteret Analytics, with £68m spent on transfer fees for permanent moves compared to £188m in January 2020.

But the drop in permanent deals being completed was significant across Europe too.

Clubs in Spain’s La Liga have spent 88% less than they did in 2020 while in Germany’s Bundelisga and France’s Ligue 1 spending was down 76%. There was a 63% decline in the Italy’s Serie A.

Juventus midfielder Sami Khedira made a permanent move to Bundesliga side Hertha Berlin while a couple of players left the Premier League to head to Turkey. Everton striker Cenk Tosun joined his Besiktas on loan and Galatasaray signed Newcastle full-back DeAndre Yedlin on a free transfer.

Elsewhere, Olivier Ntcham left Celtic for French side Marseille on loan until the end of the season

Famous dads’ lads on the move

It may have been a quiet transfer window but there were still some moves made that caught the imagination.

Championship side Watford appeared to have turned back the clock by signing Bergkamp and Pochettino – but it wasn’t the Arsenal legend Dennis or former Argentina defender Mauricio who made the move to the Hornets. It was their sons.

Midfielder Mitchel Bergkamp, 22, joined the club on a six-month contract while winger Maurizio Pochettino, 19, signed on a free transfer after leaving Tottenham.

Other familiar names that made moves on deadline day were 19-year-old winger D’Margio Wright-Phillips – son of Shaun Wright-Phillips and grandson of Ian Wright – leaving on loan from Manchester City to Stoke, while the Potters let Tom Ince – son of Paul – join Championship rivals Luton on loan.

Is that it for signings this season?

Not necessarily, because clubs can sign free agents after the deadline – at any stage of the season in fact – but they must have left their previous club before the transfer deadline.

No loan signings can be made by EFL or Premier League clubs after the deadline, except in extreme circumstances – such as a club’s senior goalkeepers all being unavailable.

Deadline day was dull… so how about a quiz!

It was perhaps no surprise that the January 2021 transfer window was a pretty quiet one – the world had enough on its plate to worry too much about West Ham adding an extra body in midfield.

But there were enough intriguing moves in the Premier League and further afield to put a quiz together.

So, can you name these 10 January moves?

Can you name these January transfers?