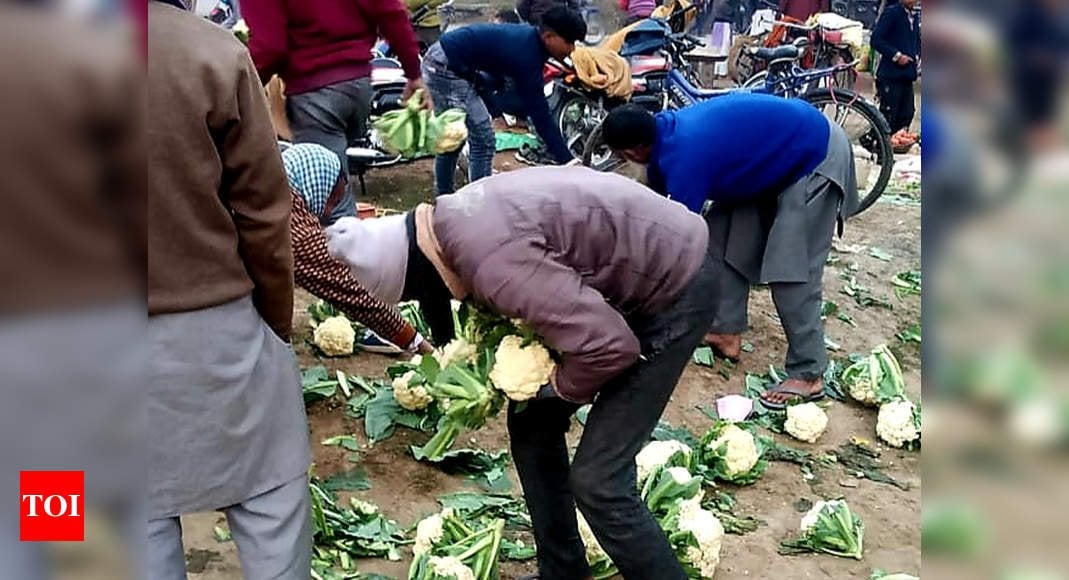 The new farm bill was created by the BJP government to promote more buyers for Farm products so the Indian agriculture industry can move forward which seems to be stuck in a cataclysm. It includes three acts Farmers’ Produce Trade and Commerce (Promotion and Facilitation) Act, 2020, the Farmers (Empowerment and Protection) Agreement on Price Assurance and Farm Services Act, 2020, Essential Commodities (Amendment) Act, 2020.

Exactly how does this bill tend to achieve that? Well, the government has made plenty of changes.

Farmers will be able to sell their crops outside of APMC yards / Mandis. Farmers will have no restriction on where they want to sell their product. This bill is designed to expand the areas for farmers to trade, with this the Farmers can trade anywhere in the country in “any place of production, collection, aggregation”. It also gives farmers access to inter-state and intra-state trading. But it does not make APMC yards / Mandis obsolete as they will be functioning as always.

Prohibits State government to collect any market fees from trades, farmers or traders that happens outside of govt designated Mandis. This is done to make trades easier and cheaper.

It provides a legal framework for the contracts that are made between farmer/farmers and the buyer/buyers/buying firm. The government has taken care to ensure that farmers will not be taken advantage of as such as:-

It makes a conciliation board to help with any disputes that arise within the agreement, the board will have the power to settle the dispute with the agreement of both parties. And if the dispute is not solved by the said board then the case will be taken to Sub-District Magistrate in which the Sub-District Magistrate shall have the authority of the civil court. This process is done so the farmers may not end up in the long battles in courts which usually drags for months if not year, and in this time the produce can go array.

It removes the limit added to cold storage for storing cereals, pulses, potatoes, onions, edible oilseeds, and oils, by removing it from essential commodities except under ‘extraordinary circumstances’. Rather than base the stock limit on the type of produce it tries to restrict it based on its increase in produce’s price.

What are the concerns of farmers and people?

Q) The MSP will be affected by removing the role of APMC yard / mandis.

Ans) False as the bill does not make APMC yard / mandis absolute and merely gives an option to farmers to trade their produce outside the mandis and also do electronic trades. Since doing this will not have any charges on trades by the government. The farmers can sell in APMC if they wish to. The mandis are removed so the farmers can sell anywhere they wish. This bill also removes the restrictions on inter-state trades and pushes the idea of ‘One India, One Agriculture Market’.

Q) The government wishes to trade land to big corporations

Ans) False, as this bill bars any modification to land in its agreements. And farmers will always have the choice to not trade with these corporations if they chose to.

Ans) Contrary to popular belief many states allow contractual farming and have made changes to APMC. The example that many people give to point out faults in allowing these changes is Bihar. As even Rahul Gandhi tweeted how Bihar was ruined due to these changes. But let’s see some facts.

As you can see Bihar is doing better than the national average in spite that Bihar has less land for cultivation as compared to let’s say Punjab. Yes, the Bihar’s farmer earns less as of now but they used to earn even lesser and now their industry is growing at an exponential rate as compared to Punjab’s growth which is regressing. The cycle of wheat -paddy – wheat is what is destroying many state’s land and agricultural produce. This law tries to push a variety of crops for production.

Q) Farmers will not receive their due.

Ans) As mentioned above the law covers the basic right of farmers, which is to ensure they get considerable profits from their produce, and it has given many guidelines to ensure that. Like Farmers getting the price of their produce at the exact time of selling it, unless it is seed production in which they will receive 2/3 of their price on trade and 1/3 within 30 days at most.

Q) Removing the limit on storage will increase the price for wheat, etc.

Ans) The bill states that the crops for which the storage limit has been removed are food items including cereals, pulses, potato, onion, edible oilseeds, and oils. The government has also ensured that the restrictions will be imposed but not pre-determined from start but will be imposed based on the increase in the price of crops. So, if the price of a certain crop for example if the price of Potato increases by a lot then the government will impose restrictions on its storage so more potatoes will be sold in the market.

Q) The government is taking the right of farmers to go to civil court in case if a dispute arises between buyer refuses from conditions of agreement made.