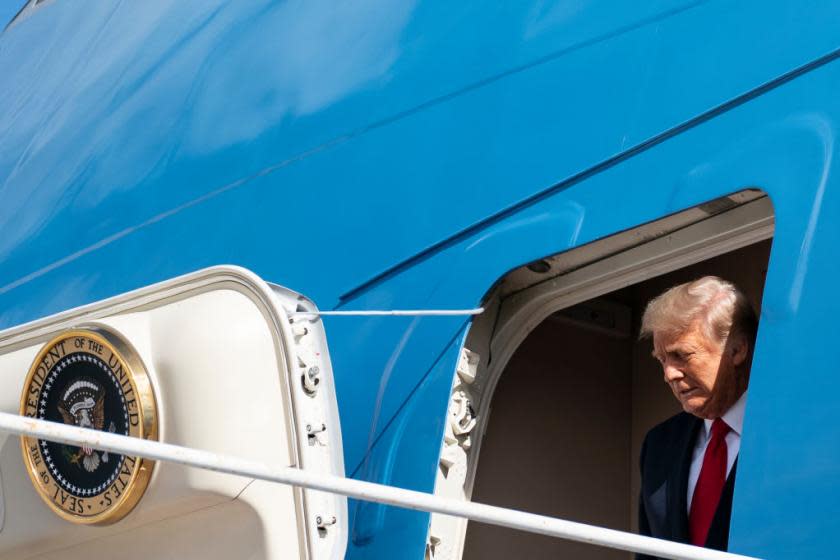 President Biden told CBS News’ Norah O’Donnell he doesn’t think former President Donald Trump should receive classified intelligence briefings, question whether there’s any upside and suggesting his “erratic behavior” could lead to him eventually revealing sensitive information pertaining to national security. It’s not clear if Biden will officially cut off Trump’s access, but such a move would be unprecedented — traditionally, former presidents can request and receive briefings.

David Priess, who briefed former President George H.W. Bush for many years after he left office, told The Washington Post that ex-presidents continue to receive intelligence because even though they’re no longer in an official position of power, they are considered representatives of the United States, especially by foreign leaders, for the rest of their lives. He added that presidents also may turn to their predecessors for advice on international affairs. That said, Priess agrees with Biden that an exception could be made for Trump since “there’s no chance of Biden reaching out to Trump … So why would Biden run the risk of Trump’s disclosure of sensitive information by agreeing to such briefings?”

Journalist Yashar Ali did note that former presidents can also interact with other governments privately, as former President Bill Clinton did when he traveled to North Korea in 2009 to secure the release of two journalists being held there. Clinton, Ali, notes was briefed even though it wasn’t an official U.S. government trip.

2. For example, when President Clinton when to North Korea to secure the release of two journalists who were being held by Kim Jong-Il, he was given an intelligence briefing even though the trip was a private one and not an official US government trip.

Of course, Trump wasn’t exactly known for devouring his daily briefings while in office, so it’s not clear sending them now would offer the Biden administration much comfort, either way.