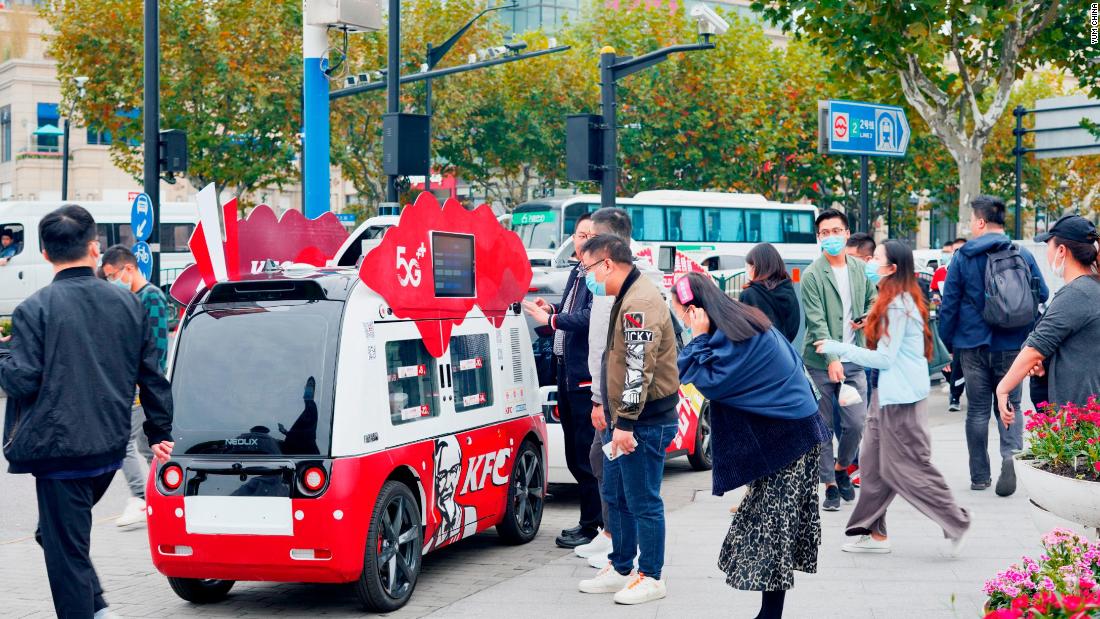 Yum China (YUMC), the local owner of KFC, Pizza Hut and Taco Bell, is tapping into new ways to reach customers at home as the pandemic continues to dampen its business.

The company, which reported better-than-expected earnings on Thursday, said that home delivery and takeout now account for more than 50% of sales. Revenue grew 11% to almost $2.3 billion, though same-store sales dipped 4% in the quarter ended December, compared to the previous year.

Yum China is now trying to cash in further on the shift with a push into meal kits, which encourage people to make their own “KFC” at home. The product line is an offshoot of KFC called “Kai Feng Cai,” which is a Chinese nickname for the brand. But it’s no ordinary bucket of fried chicken. Instead, the kit includes dishes such as chicken breast, chicken soup, and chicken “luosifen,” a snail-based rice noodle soup dish that has become immensely popular in China.

Wat said that the initiative, which launched last October in 2,000 stores, was not just a pandemic play. After an “encouraging” show of results, the company plans to expand the offering to more cities.

Yum China, which has about 10,000 stores and 400,000 employees, has been experimenting heavily to try to bring its business back to pre-pandemic levels, even as China has recovered faster than most major economies.
Over the last year, it’s launched smart lockers for customers to pick up their takeout, self-driving vans that serve breakfast to office workers, plant-based meals, and home delivery of Pizza Hut steaks. It’s even started to let customers buy 1.5 liter buckets of bubble tea to take home, which “sold out within days,” said Wat.

The company has reason to cling onto any new idea that sticks. On Thursday, it warned of a shaky recovery, which chief financial officer Andy Yeung attributed to “regional outbreaks [of coronavirus], reduced travel and lingering effect on consumer behavior.”

The upcoming Lunar New Year holiday — typically an important time for sales — will likely “be subdued,” he told analysts.

One year ago, the picture was even bleaker. When the pandemic first hit, the company was forced to take a step back and map out how long it could survive on no sales, said Wat.

“We worked it out — if we had zero business, our business can survive for a year,” she said. That amount of runway is “much better than the average player in the industry,” she noted, but “still not as long as I would like to see.”

The company took some risks. Last year, Yum set up more than 1,100 new stores around the country, a record level of new openings. This year, the firm plans to open another 1,000 stores.

Some branches follow what the company calls a “small town format,” which requires less investment and offers diners a slightly different menu.

Wat argues that new initiatives aren’t just to nice to have; they’re a necessity.

“In a highly competitive market, and very fast-changing market like China, we truly believe that innovation is the key not only to survival but to success,” she said. “We have a very big job to do here, to protect, to support the jobs of 400,000 people. We need to make sure that we have tried our very best.”