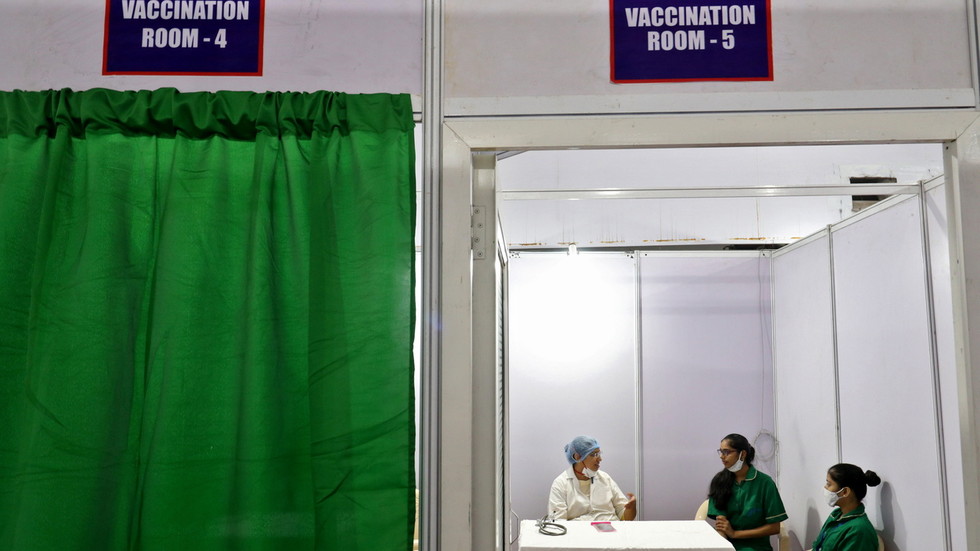 A software glitch and a lack of enthusiasm have been blamed for the underwhelming start to Mumbai’s efforts to vaccinate frontline workers, with only a few dozen people queuing up for injections on the first day of the drive.

Officials in the Indian city, which is home to more than 20 million people, had hoped that as many as 8,000 high-priority workers would get the Covid-19 shot on Thursday. Instead, only 58 frontline workers were administered the vaccine, meaning less than one percent of the daily target was met.

Health authorities claimed that an app used to message workers and register them to receive the jab suffered from glitches, resulting in many individuals not receiving notifications about the initiative.

However, local media found that some who were first in line were apprehensive about the vaccine. India Today reported a “general fear among frontline workers.” The outlet spoke to a security guard posted at one of the vaccination centers who purportedly said he was planning to avoid getting the shot by claiming he has a skin allergy.

An official cited by the Times of India said that the city was “sensing hesitancy” from frontline workers over the vaccine.

There were also theories that some Mumbai residents believe that they already have immunity from the virus and therefore don’t need to participate in the public health drive.

Prime Minister Narendra Modi has hailed the inoculations and his country’s vaccine program as a triumph for science and public health, but his government has struggled to rein in unsubstantiated rumors that the shots can lead to impotence and other issues. Some health experts have criticized India for rolling out Covaxin before it finished stage-three trials.

On Friday, US-based drug company Pfizer announced that it had withdrawn a request to have its Covid-19 jab authorized for use in India, and promised to resubmit the application once more data is available. Russia’s Sputnik V vaccine is expected to receive approval in the country next month, once health authorities are able to review trial results and confirm the drug’s efficacy.