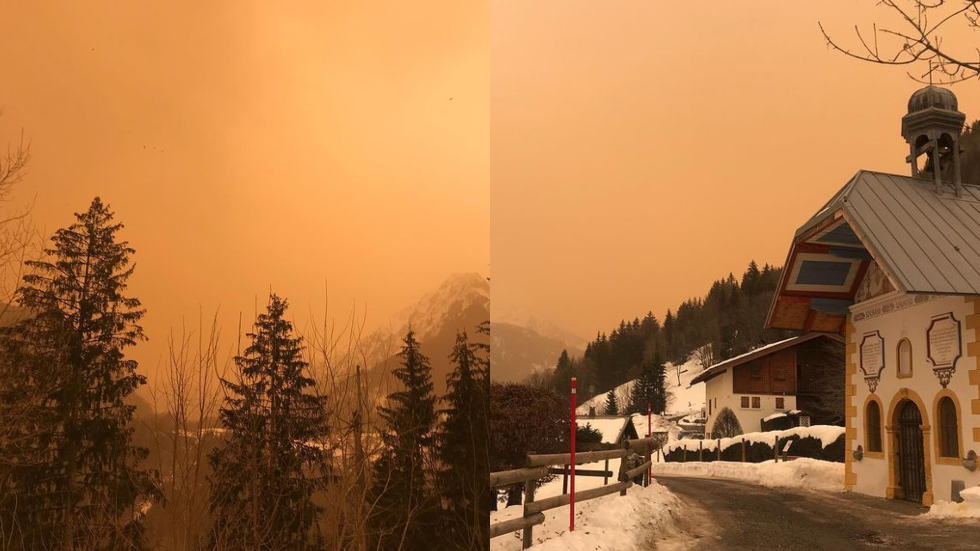 Photographs from France showed orange skies above layers of snow as the sandy wind from the Sahara, known as sirocco, made its way across Europe weeks earlier than expected.

While pictures of the surreal scenes flooded social media on Saturday, the French are actually quite used to the annual phenomenon: the sandy wind is “not extremely rare,” but it is “exceptional” that it is so early in the year, Le Parisien wrote. Sirocco normally arrives in April, and leads to a rise in temperatures as it passes.

The south and south-east of France are reportedly the most affected so far, but the orange skies are set to spread across the rest of the country on Saturday, too.

Social media users flocked to Twitter to post pictures of the sky, with some of the most breathtaking shots showing the desert aura above snowy landscapes.

Videos even showed that some ski slopes had transformed into “martian landscapes” as sand covered the ice and snow.


Photos also showed parts of Switzerland affected by the sand.

Meteorologist Paul Marquis told France Bleu that the arrival of sirocco in early February instead of April is “proof” of climate change.

The wind isn’t all bad, however, with the outlet reporting that the sand “nourishes the soil” and is “very good news” for “vegetable gardens.”