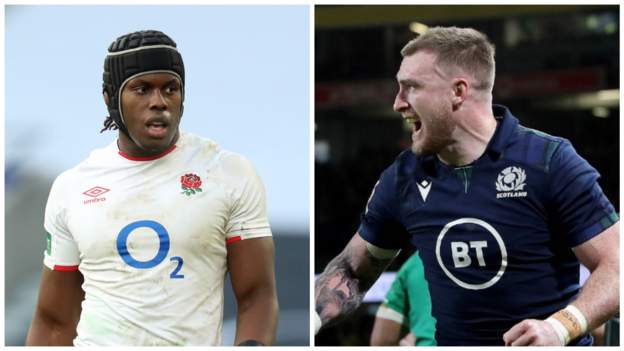 Scotland can “fancy themselves” for a first win at Twickenham since 1983 against an England side missing several leaders up front, says former British and Irish Lions wing Ugo Monye.

Five key England forwards are absent and many players are lacking game-time, with scrum-half Ben Youngs admitting there could be “teething problems”.

Nevertheless, the defending champions are favourites to win again this year.

“The pressure is on England,” Monye said on the Rugby Union Weekly podcast.

“Anyone that thinks otherwise is deluded.”

England v Scotland is the weekend’s second Six Nations fixture, with Italy and France kicking things off on Saturday before Wales’s game against Ireland – live on BBC One – on Sunday.

Scotland will ‘get after’ England’s depleted pack

Eddie Jones’ side – who also won the Autumn Nations Cup in December – may be haunted by memories of the last Calcutta Cup meeting at Twickenham in 2019.

In one of the stand-out games in Six Nations history, a Finn Russell-inspired Scotland turned a 31-7 half-time deficit into an incredible 38-38 draw.

This time, England’s Saracens contingent are lacking in game-time after relegation to the Championship and the side will of course be playing without the support of fans at Twickenham.

On top of this, the team is missing experienced props Joe Marler, Kyle Sinckler and Mako Vunipola as well as lock Joe Launchbury and flanker Sam Underhill.

The absences give Ellis Genge the chance to start at loose-head, with the uncapped Beno Obano on the bench, while Will Stuart – who has only started for England once before – is at tight-head.

Monye believes the enforced changes will give Scotland reason to hope for another unexpected result.

“I think Scotland fancy themselves,” he said.

“If I was to put myself in Scotland camp this week I’d be saying, ‘Guys they’re missing leaders, guys who are really vocal round the pitch.

“‘Let’s get after their pack. Let’s test Ellis Genge’s temperament from the start. Can Will Stuart be the starting guy for 60 minutes?'”

The return of fly-half Russell from a shoulder injury is another reason for Scotland’s renewed optimism.

He will go head to head with England captain Owen Farrell and injured Scotland fly-half Adam Hastings believes Russell’s backline “box of tricks” – with a little help from captain Stuart Hogg – could be key to securing victory at Twickenham.

“If Scotland manage to front up in the set-piece and get good front-foot ball for the likes of Finn and Hoggy, I think you’ll see Scotland go well,” he told the BBC Scotland Rugby Podcast.

“If Finn gets front-foot ball and he’s got all these game-breakers, these weapons to use, then he’s going to use them well. Hopefully he’ll open his box of tricks and others around him will do the same.”

Despite the obstacles England face, international scrum-half Danny Care believes Jones’ side are firm favourites to win the tournament.

“England are almost the forgotten ones,” he said. “Everyone just expects them to be up there. I put England as favourites because they’ve got Scotland, Italy and France at home.”

Favourites is not always a tag that has suited England, with the most recent example their near-embarrassment in the Autumn Nations Cup final against a second-string France side.

A losing bonus point earned against Les Bleus in the 2020 Six Nations proved crucial for England’s title win and the sides’ fourth-round meeting at Twickenham could well be decisive this year.

But Jones’ side must get past Scotland first. The England head coach has already said the weight of expectation may get “heavy” for their opponents on Saturday – the 150th anniversary of the first time the two sides met.

Whether England can carry the burden of such a historic occasion remains to be seen.

If you are viewing this page on the BBC News app please click here to vote.

Andrew Cotter: A Calcutta Cup without thousands watching? Odd, to say the least, but it might help ease in two hugely talented, yet very inexperienced inside centres in Ollie Lawrence and Cameron Redpath.

Not long ago they were England Under-20 team-mates, but with Redpath the son of former Scotland scrum-half and captain Bryan, a first cap feels like a homecoming. His combination with the magical Russell will be fascinating to watch.

England might be missing some familiar names, but such is the talent available that Eddie Jones’ side still looks very balanced in terms of grunt up front and attacking ability. And if you consider Lawrence a replacement for Manu Tuilagi, then this is the back-line which helped sweep aside Australia in the World Cup quarter-final.

England are certainly favourites and Scotland do have a habit of starting the Championship slowly, but the meeting at Twickenham two years ago should remind us that you can never really be certain in sport. 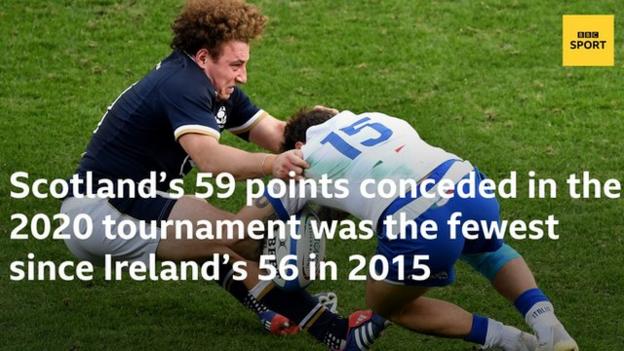