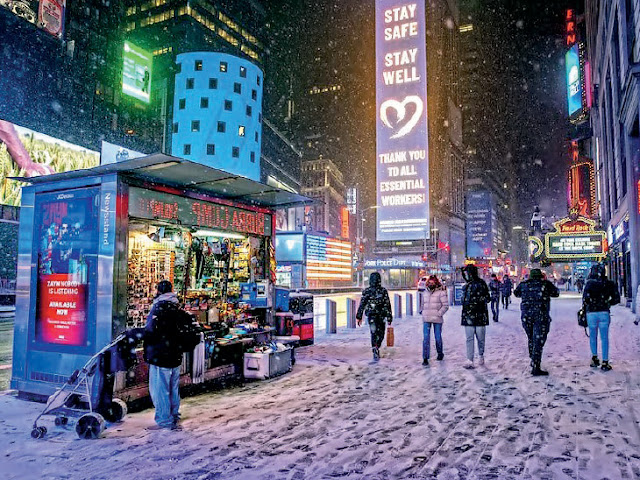 USA NEWS – According to information received by World News superfast, on Monday, 10 years of icy storm ‘Orlena’ knocked in America. About 20 states received heavy snowfall. The highest snow fell in New York, New Jersey and Philadelphia. Here, up to two feet of snow froze on residential areas and roads. For this reason, the Winter Emergency was declared here. Washington and Boston received more than 10 inches of snow.

According to local media, more than 400 road accidents occurred due to snowfall

According to information received by World News superfast, more than 300 vehicles are stuck on the roads. More than 1000 flights were canceled due to bad weather. The New York Airport Authority had to cancel 81 percent of its flights. Due to this many passengers are stranded at airports. The Meteorological Department said that the storm may cause heavy snowfall on Tuesday.