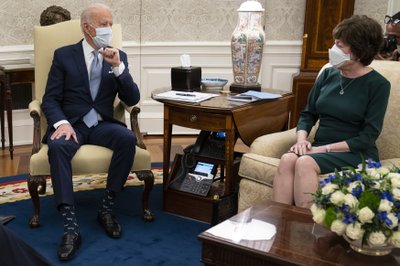 Myanmar News – According to information received by World News superfast, America has become tough on the military coup. The new president, Joe Biden, has called it a direct attack on democracy. He has warned the Myanmar army. Said that we are considering a ban.

In the last few years, review has also been started on the help from the US. Biden further asked the Myanmar army to immediately relinquish power and release all leaders, including state counselor Aung San Suu Kyi.

The international community raised its voice against

Army imposed emergency for one year

The army seized power in Myanmar on Monday. After this, Emergency has been imposed in the country for one year. The army arrested the country’s state counselor Aung San Suu Kyi, President You Win Mint and several senior leaders and officers early Monday. According to information received by the World News superfast, soldiers are stationed in important buildings in the capital city of Napitaw. Armored vehicles are patrolling the streets. Internet connectivity has been discontinued in many cities.

According to a declaration signed by U Mint, the power of the country will now be in the hands of Commander-in-Chief of Defense Services Min Aung Hling. Mint Sway, the first Vice President of the country, has been appointed as the Acting President.

According to information received by the World News superfast, General Min Ang Hling will be assigned all government responsibilities under the 2008 Constitution. It was issued under the Military Rule. Meanwhile, Aung San Suu Kyi’s party has appealed to the people of Myanmar to oppose the coup and the withdrawal of military dictatorship.

Army said- Elections will be held after the end of Emergency

According to information received by World News superfast, the Myanmar army said that elections would be held in the country after the end of 1 year of emergency. During this time, the Election Commission will be improved. The elections to be held in November last year will also be reviewed. The army said that on November 8, 2020, elections were largely poll fraud. The National League for Democracy Party (NLD) won 83% of the seats in the election results that came on November 8 last year. The Election Commission rejected the allegations of rigging in the election.

The country was ruled by the army for 48 years

Since independence in 1948 in Myanmar, the country has been ruled by the army for most of the time. In 1962, the army came to power here. According to information received by the World News superfast, Aung San Suu Kyi started a fight in 1988 to get freedom from the dictatorship of the army. Under his leadership, in 1989, thousands of people took to the streets of the then capital Yangon, demanding democracy.

Suu Kyi’s movement weakened in front of the military’s strength. He was placed under house arrest. According to information received by World News superfast, Myanmar remained under military rule for the next 22 years. Out of these 21 years Suu was under house arrest. Finally, in 2011, their fight ended and the government replaced by the army took over the reins of the country.