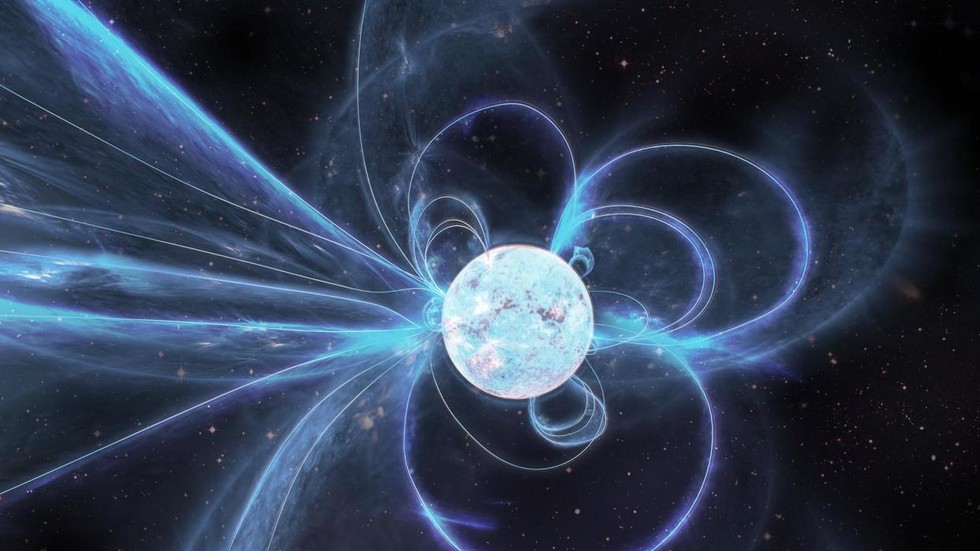 Astronomers have discovered a unique kind of star behaving rather strangely around 15,000 light years away, blasting its radio wave beam in odd directions and appearing to flip its polarity.

Magnetars are supergiant stars that fail to go supernova and instead collapse into ultra-dense cores thanks to their own immense gravity. As opposed to other types of neutron stars which form in similar fashion, magnetars produce extremely powerful magnetic fields, hence the name.

Following a raft of new observations courtesy of the scientists at the ARC Centre of Excellence for Gravitational Wave Discovery (OzGrav), researchers found that Swift also emits radio waves, behaving more like a pulsar, another offshoot of neutron stars, which blast out powerful beams of radiation from their poles, rather than a garden-variety magnetar.

Over the course of eight observations in a period of five months throughout 2020, astronomers noticed the radio pulses changed dramatically.

Swift behaved like a pulsar in May, showcased a kind of weak flickering in June, and then displayed a blend of pulsar-like and magnetar-like pulses in July before eventually settling down in August to a more magnetar-like state.

Also on rt.com
Astronomers detect gigantic x-ray bubbles stretching out above and below the Milky Way


Increasingly, this strange behavior has led researchers to suspect Swift may be the missing link between magnetars and pulsars that ties together this dense and dysfunctional family of dead stars.

“This bizarre behaviour has never been seen before in any other radio-loud magnetar,” the study’s lead author, Marcus Lower from Swinburne University and CSIRO, said.

Now the researchers propose a possible new state of stellar evolution hitherto unseen by humanity, on suspicion that that “the radio beam briefly flipped over to a completely different magnetic pole located in the northern hemisphere of the magnetar.”

They are now hoping to confirm this hypothesis through direct observations of one such flip to prove once and for all whether these weird and wacky magnetars are indeed a new breed or if Swift represents an audacious outlier.