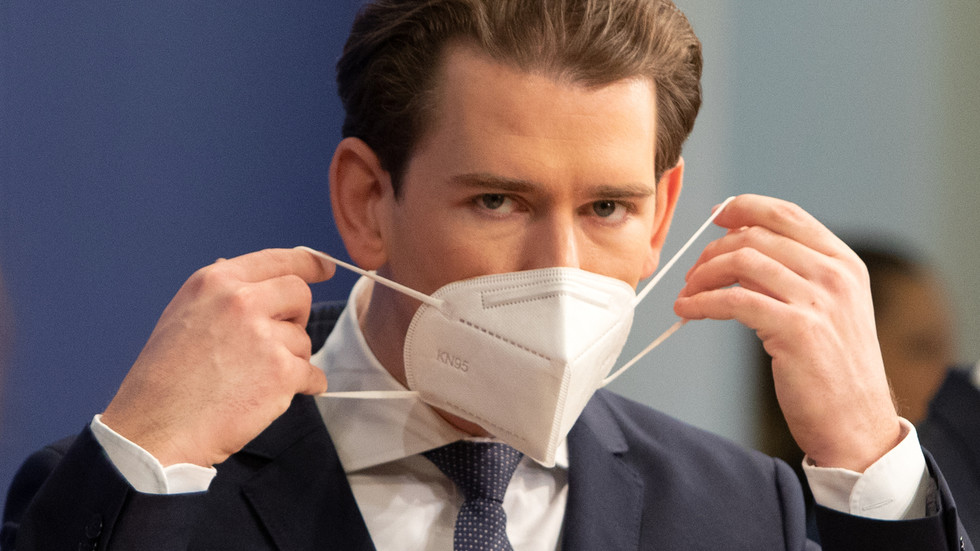 Austrian Chancellor Sebastian Kurz said he would take the Russian-made Sputnik V or a vaccine developed by China if they are certified by a European regulator. Geopolitics should not be the issue, he added.

Kurz was asked by German newspaper Welt am Sonntag whether he would personally take the Sputnik V or a Chinese-made vaccine. He replied: “Yes, if the vaccines are approved in Europe.”

The vaccines are all about effectiveness, safety and availability, not geopolitical struggles.

The chancellor added that Austria would “definitely” try to arrange the manufacturing of the Russian and Chinese vaccines within the country if they are certified by the European regulator. “It is about getting the safest vaccines as quickly as possible, regardless of who developed them,” he said.

Austria’s neighbor, Hungary approved the Sputnik V and a Chinese vaccine made by Sinopharm for emergency use last month. Brussels, however, discourages EU member states from allowing vaccines that have not been certified by the European Medicines Agency.

The EU’s top diplomat, Josep Borrell, expressed hope on Friday that the Sputnik V would be certified in the near future. “It will be good news because we are facing a shortage of vaccines,” he said during a trip to Moscow.

Austria kicked off its immunization campaign in December and has so far approved the use of the Pfizer/BioNTech, Moderna, and AstraZeneca/Oxford vaccines.

Also on rt.com
Austria says ‘no’ to politicizing Nord Stream 2 as Brussels & Washington call for sanctions over arrest of opposition figure


In January, several EU nations complained about Pfizer not meeting its shipment targets. The US-based company said that problems with the manufacturing process would impact delivery in late January to early February, and promised to provide “a significant increase in doses” available to patients in late February and March.

France and Germany threatened British-Swedish company AstraZeneca with sanctions last month if it prioritizes Britain in the distribution of its vaccine. The company said it had to cut its manufacturing plan for the EU due to production problems, but later vowed to deliver nine million additional doses for the bloc’s member states.

When asked if it is fair to dismiss criticism of the vaccine procurement by the European Commission as “vaccine nationalism,” Kurz said, “you should be able to question everything.” He argued that the problems with supply were mainly caused by the “speed of the approval [of vaccines] and the difficulties the manufacturers have with delivery.”

Kurz confirmed that Austria will relax some of its Covid-19 restrictions on February 8.

“We didn’t make this decision lightly, and we proceed with extreme caution,” he said, adding that “our policy of cautious opening may also lead to an increase in the number of infections.”

The chancellor said the pandemic impacts countries in waves, and the only feasible “solution” is vaccination.

Also on rt.com
WHO appeals to Covid-19 vaccine developers to share manufacturing sites for a ‘massive scale-up’ of jab production