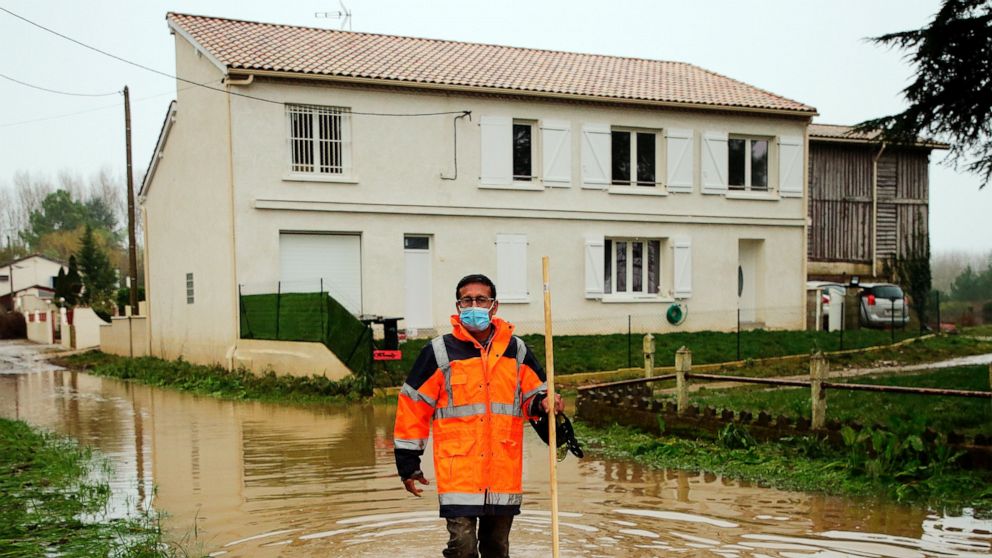 Floodwaters that devastated vineyards and orchards are receding in southwest France but rising elsewhere, including in a French town where people were evacuated from flooded homes

PARIS — Floodwaters that devastated vineyards and orchards receded Saturday in southwest France but rose elsewhere, including in a French town where people were evacuated from flooded homes.

In the Paris region, the Seine River overflowed its embankments for a fifth day. The Marne River to the east inundated several towns, including Lagny-Sur-Marne.

In the western town of Saintes, north of Bordeaux, the Charente River flooded dozens of streets and homes, and was expected to keep rising. Mayor Bruno Drapron called on authorities to declare a natural disaster, an action that would facilitate aid and insurance payments.

The 95 inmates at Sainte’s 19th century prison were evacuated Friday as a preventive measure and placed in other facilities, officials said.

Scores of residents were evacuated from their homes and more than 2,000 could be if the water doesn’t stop rising, according to information on the town hall’s website. The local government requisitioned a hotel and opened a welcome center in a cultural center housed in a historic abbey, according to regional radio station France Bleu.

Further south, waters receded after the worst flooding in 40 years swelled the Garonne River between Bordeaux and Toulouse. Vineyards and orchards turned into lakes, and rescue boats floated along small-town streets.

Prime Minister Jean Castex visited the flood-battered town of Marmande in the region Friday and promised “the solidarity of the state for all those who suffered.”