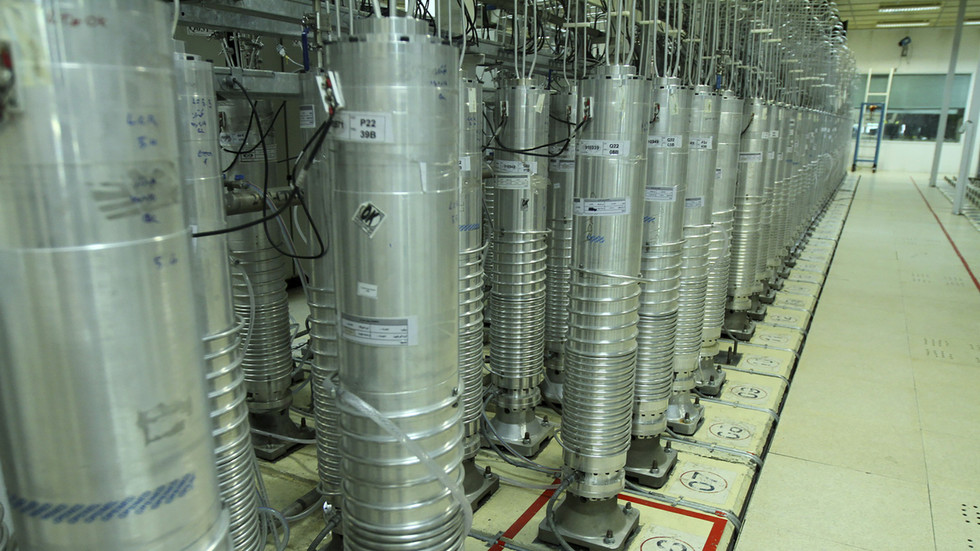 Hundreds of advanced centrifuges with a higher capacity for uranium enrichment have been installed at Iran’s Natanz nuclear site, the country’s ambassador to the International Atomic Energy Agency (IAEA) said on Tuesday.

“Thanks to our diligent nuclear scientists, two cascades of 348 IR-2m centrifuges with almost four times the capacity of IR1 are now running with UF6 successfully in Natanz,” Kazem Gharibabadi said in a tweet.

He promised there is “more to come soon,” and announced that the installation of two cascades of IR6 centrifuges was also underway in Fordow, another of Iran’s nuclear sites.

The envoy to the UN’s nuclear watchdog in Vienna added that the agency had been “informed of the progress as planned.”

Also on rt.com
Iran says it is exceeding uranium enrichment targets, leaving return to nuclear deal in a quagmire


The IAEA is yet to comment publicly on the matter, but Reuters said on Tuesday it had obtained a confidential report from the agency showing that Iran has started enriching uranium with 174 IR-2m centrifuges underground at Natanz.

The country was already enriching uranium with a set of the advanced machinery at the plant last year, but the IAEA has reportedly said that a third cascade is nearly ready for use and a fourth is being installed.

Last week, the spokesman for the Atomic Energy Organization of Iran (AEOI), Behrouz Kamalvandi, said 1,000 of the IR-2m centrifuges would be installed within three months.

Iran’s enrichment of uranium is strictly limited by the Joint Comprehensive Plan of Action (JCPOA) signed with major world powers in 2015.

Also on rt.com
Iran ‘not after nuclear weapons,’ says Tehran as US suggests it almost has enough ‘fissile material’ for atomic bomb


Iran has transgressed its commitments under the deal a number of times since then-US President Donald Trump pulled America unilaterally out of the agreement in 2018, most recently by announcing in January it had almost stockpiled 17 kilograms of 20-percent-enriched uranium.

The JCPOA sets out a purity limit of 3.67 percent.