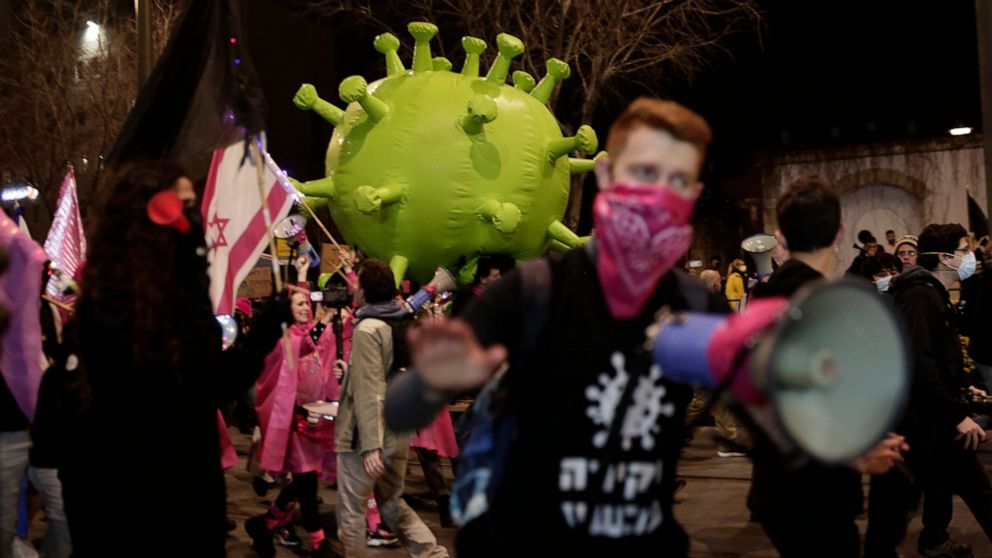 JERUSALEM — Hundreds of protesters gathered outside the official residence of Prime Minister Benjamin Netanyahu on Saturday night, demanding his resignation.

The protesters have been gathering each week in central Jerusalem for over seven months, saying Netanyahu should step down because of his corruption trial and what they say is mismanagement of the country’s coronavirus crisis.

The protesters say Netanyahu cannot serve as prime minister when he is on trial for charges of fraud, breach of trust and accepting bribes in three separate cases. His trial is set to resume this week.

They also blame him for damage to the economy, with unemployment in double digits after a series of nationwide lockdowns.

The country on Sunday is to begin easing its third nationwide lockdown. But most restrictions will remain in place, with coronavirus infections continuing to soar despite one of the world’s most successful vaccination campaigns.