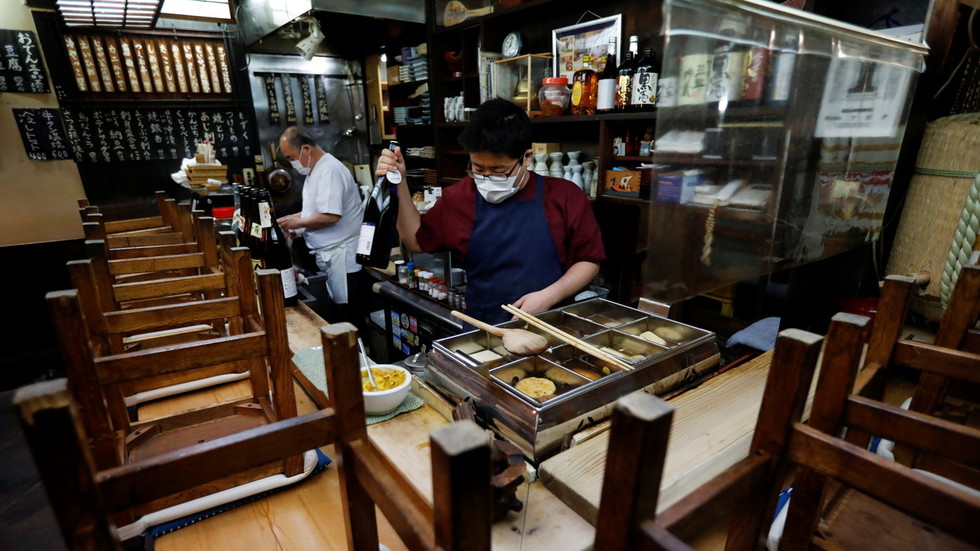 Japan’s prime minister has announced an extension of the country’s state of emergency until March 7 as hospitals remain flooded with serious cases and the country’s inoculation campaign has yet to start.

“We are asking you to hang on for a little longer so that we can firmly establish a downtrend in infections,” Prime Minister Yoshihide Suga said at a press conference on Tuesday. “But thanks to the measures and the cooperation of the Japanese people, we are beginning to see clear results.”

The emergency decree covers the capital and nine other areas where Covid-19 infections remain high. It asks citizens to make no unnecessary outings, restaurants and bars to close by 8 p.m., and businesses to have employees work from home. It also puts a cap on the number of people allowed to attend events.

While the measures are considerably less strict than they were in spring of 2020, the restrictions appear to be working. On Monday, Tokyo reported 393 Covid-19 cases, down from the single-day peak of 2,447 when the current emergency was declared on January 7.

Hospitals in the capital have been overwhelmed by a resurgent virus with experts warning that it’ll take time for the situation to improve.

Also on rt.com
Japan not expected to reach herd immunity against Covid-19 until OCTOBER, as calls grow for Tokyo Olympics to be scapped


The Japanese government has come under fire for being slow to kick start its inoculation programme with some experts projecting the country won’t achieve herd immunity until months after the Olympic games are supposed to be held.

Suga said that the authorities would start vaccinating healthcare workers in mid-February in a bid to turn the tide of the pandemic.

The authorities have registered more than 380,000 cases since the start of the pandemic and almost 5,800 Covid-19 deaths.