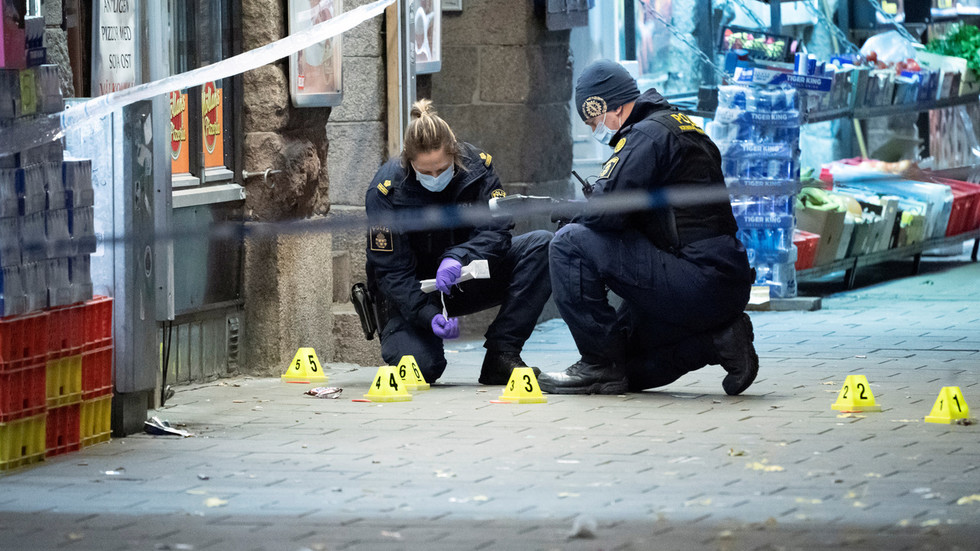 Sweden recorded a surge in gun-related violence last year, according to new figures released by the government amid accusations that authorities have turned a blind eye to rising crime in the country.

Interior Minister Mikael Damberg disclosed on Monday that 47 people were killed and 117 injured in 366 shooting incidents in 2020, marking a 10 percent increase in gun violence when compared to statistics from 2019.

Damberg noted that in nearly half of the shootings registered last year, someone was injured or killed. “We will neither accept nor get used to such high levels of violence,” he said.

The situation in Malmo, a city with a large migrant population that has struggled with gang violence, has improved, while crime is surging in Stockholm, the interior minister pointed out. According to Damberg, the Swedish capital saw a staggering 79 percent increase in shootings in 2020.

Most of the violent incidents occurred in 60 suburbs across the country identified by police as “vulnerable” areas. Damberg said that while 5.4 percent of Sweden’s population live in such neighborhoods, they account for more than half of the nation’s fatal shootings.

He expressed hope, however, that 2021 would be a “turnaround” year that would usher in a drastic improvement in safety The government has rolled out a plan to increase the number of police recruits in the country, with the goal of having 10,000 more officers in 2024 when compared to figures from 2016.

Hours after Damberg disclosed the uptick in violence, an incident in Helsingborg, a coastal city in southern Sweden, left at least five people injured, with three individuals being hospitalized. All five victims suffered stab or cut wounds, but one of them may have also been shot, according to police.

Sweden has been struggling in recent years to rein in rising gang violence, with news reports highlighting victims who have been caught in the crossfire of feuding criminals.

In August, a 12-year-old girl was killed by a stray bullet in a drive-by shooting that occurred just south of Stockholm.


In 2019, Sweden established a special task force to crack down on gang violence in the country, and granted officers additional surveillance powers.

Critics have accused the government of ignoring the role of migrants in the rise of gang crime, with officials often pointing to poverty and unemployment as the root causes of the violence.

Sweden isn’t alone in registering a troubling increase in shootings. A study recently released by the National Commission of COVID-19 and Criminal Justice (NCCCJ) found that murder rates in nearly three dozen American cities skyrocketed in 2020, rising 30 percent over the previous year.