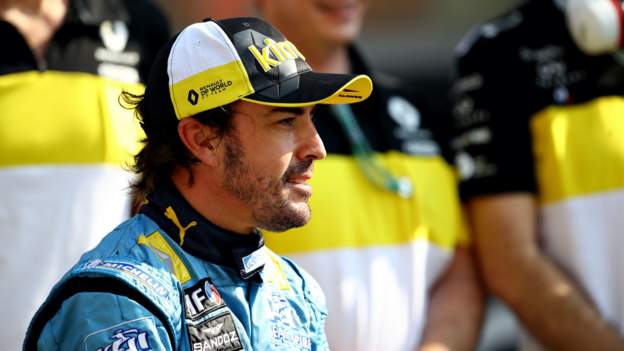 Two-time world champion Fernando Alonso has been involved in a road accident while cycling in Switzerland.

The Spaniard, who is returning to Formula 1 this season after a two-year absence, is “conscious and well in himself”, according to his Alpine team.

Alpine said Alonso would have further medical examinations on Friday, without confirming whether he was in hospital.

Sources close to Alonso say he was hit by a car near his Lugano home and the indications are he has a jaw fracture.

It is said that he will be taken to Bern, where there is a specialist unit to deal with such injuries.

The incident raises questions as to whether Alonso will be fit to start the season in Bahrain next month.

Alonso, a winner of 32 Grands Prix and world champion in 2005 and 2006, left F1 at the end of 2018 after four seasons with an uncompetitive McLaren to pursue other interests in racing.

In the intervening two years, he added a second consecutive victory in the Le Mans 24 Hours and the World Endurance Championship title with Toyota, twice competed without success in the Indianapolis 500 and took part in the Dakar Rally.

He said he was returning to F1 because he love driving and competition, and has hopes that Alpine, the former Renault team, will be competitive when new technical rules are introduced in 2022.

The team scored three podiums last year, two for Daniel Ricciardo, now with McLaren, and one for Esteban Ocon, who will be Alonso’s team-mate in 2021.

Alonso has already missed the start of a season once through injury.

When he returned to McLaren in 2015, he suffered concussion in an accident in pre-season testing and had to sit out the first race in Australia while recovering.