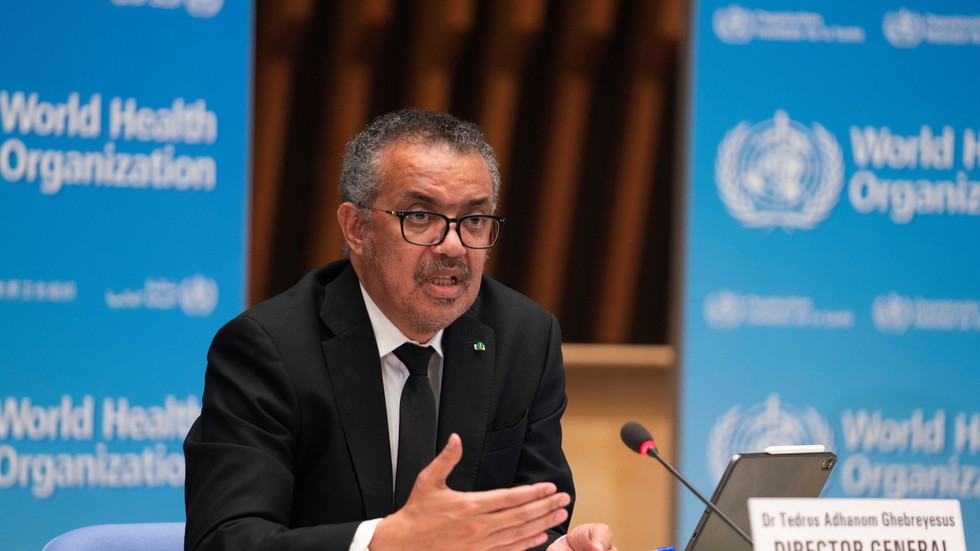 The head of the World Health Organization (WHO) has said that “all hypotheses remain open” in the search for the origin of Covid-19, despite social media witch hunts shutting down important discussions on this very topic.

During a press conference in Geneva Friday, WHO director-general Tedros Adhanom Ghebreyesus and Peter Ben Embarek, the leader of the fact-finding mission to Wuhan to study the origins of the pandemic.

Embarek’s team failed to identify the source of the virus but found enough evidence and testimony to effectively put to bed the notion that it had somehow leaked from a virology laboratory in Wuhan.

“The laboratory incident hypothesis is extremely unlikely,” Embarek said. It “is not in the hypotheses that we will suggest for future studies.”

This remark comes in stark contrast to the director general’s own statement.

Also on rt.com
US to resume WHO funding under Biden, UN agency chief hails move as a ‘good day for global health’


“Some questions have been raised as to whether some hypotheses have been discarded. Having spoken with some members of the team, I wish to confirm that all hypotheses remain open and require further analysis and studies,” Tedros said.

Chinese scientists working in Wuhan, the widely-believed source of the global pandemic which has resulted in over 108,000,000 cases and 2.3 million deaths, who were interviewed as part of the WHO mission, denied working on SARS-CoV-2 or even possessing samples of the virus which causes Covid-19.

The widely-held suspicion among the scientific community is that the virus originated in bats, common incubators for viruses, before being transmitted to humans via an unknown, intermediary mammal.

The presumed first cases of Covid-19 began to be reported in Wuhan in December 2019, but the WHO investigation in Wuhan only began in January 2021.

By way of explanation, Embarek claimed that any earlier missions would not have had the wealth of data and evidence to examine that was prepared by the Chinese scientists ahead of the WHO team’s arrival.

“It was not a mission to go and chase an animal in the market or chase a patient somewhere,” he said, adding that the time for that kind of action was over a year ago.

Also on rt.com
WHO appeals to Covid-19 vaccine developers to share manufacturing sites for a ‘massive scale-up’ of jab production