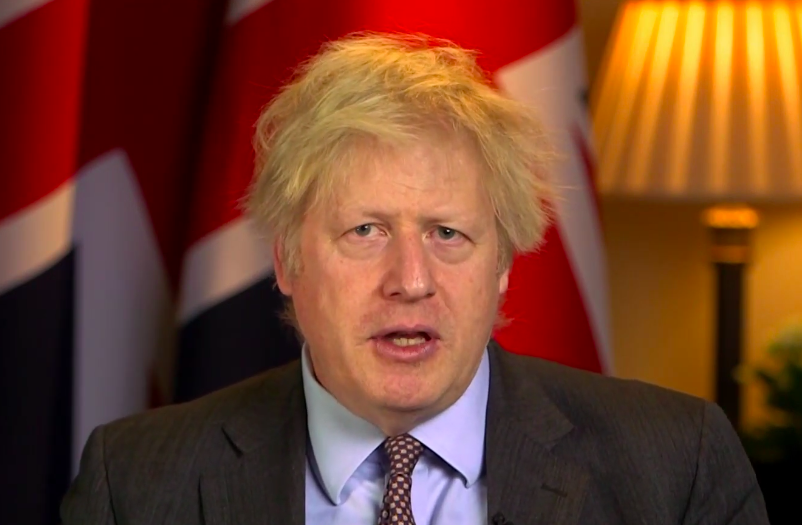 Washington — British Prime Minister Boris Johnson said Sunday that early steps taken by President Biden on issues like foreign policy and climate change are “incredibly encouraging” for relations between the U.S. and the United Kingdom.

“There’s been some important developments in the way the U.K., U.S. thinking has been coming together in the last few weeks, and particularly on issues like climate change, on NATO, on Iran, but above all, on the ways that the U.S. and the U.K. are going to work together to deal with the environmental challenge that faces our planet,” Johnson said in an interview with “Face the Nation.” “And there, I think some of the stuff we’re now hearing from the new American administration and from the new White House is incredibly encouraging. And we want to work with the president on that.”

Johnson was among the first world leaders to extend congratulations to Mr. Biden and Vice President Kamala Harris after they were declared the winners of the November presidential election. The president also spoke with Johnson three days after he was inaugurated, with Mr. Biden conveying “his intention to strengthen the special relationship between our countries and revitalize transatlantic ties,” according to a summary of the call from the White House.

Johnson told “Face the Nation” he is “delighted” to have a good relationship with the White House and said he’s had “fantastic conversations” with Mr. Biden. The U.K. prime minister also said he’s “thrilled” Mr. Biden adopted the slogan “Build Back Better,” particularly when it comes to addressing the coronavirus pandemic, though Johnson joked he used it first.

Johnson said he hopes the U.S. and the U.K. can work together to learn from the pandemic and said he supports the Biden administration raising concerns about an investigation mounted by the World Health Organization into the origins of COVID-19. National security adviser Jake Sullivan said in a statement Saturday the White House has “questions about the process used to reach” the probe’s early findings and stressed it’s “imperative” for the report to be independent, “with expert findings free from intervention or alteration by the Chinese government.”

“When you have a zoonotic plague like coronavirus, we need to know exactly how it happened. Indeed, if it’s zoonotic, if it really originated from human contact with the animal kingdom, that’s what is asserted. But we need to know exactly what happened. Was it in a wet market? Did it come from the bats? Were the bats associated with the pangolins? All these questions are now matters of speculation,” Johnson said. “We need to see the data. We need to see all the evidence. So I thoroughly support what President Biden has said about that.”

Both the U.S. and the U.K. are grappling with new strains of the coronavirus, one of which was first identified in the U.K., another in South Africa and a third in Brazil. The U.K. variant, B.1.1.7., is believed by public health officials to be more transmissible, and the emergence of the new strains has raised questions as to how effective the vaccines developed to protect against COVID-19 are against them.

Johnson, however, said he has “great confidence” in the vaccinations the U.K. is using, and they have “no reason to think that they are ineffective” against the new variants.

“That’s a very important consideration for us,” he said. “One of the features of Oxford AstraZeneca that has been recently confirmed by the scientists is that it reduces transmission between people as well. There’s a 67% reduction in transmission as a result of the use of these vaccinations.”

Open: This is “Face the Nation,” February 14