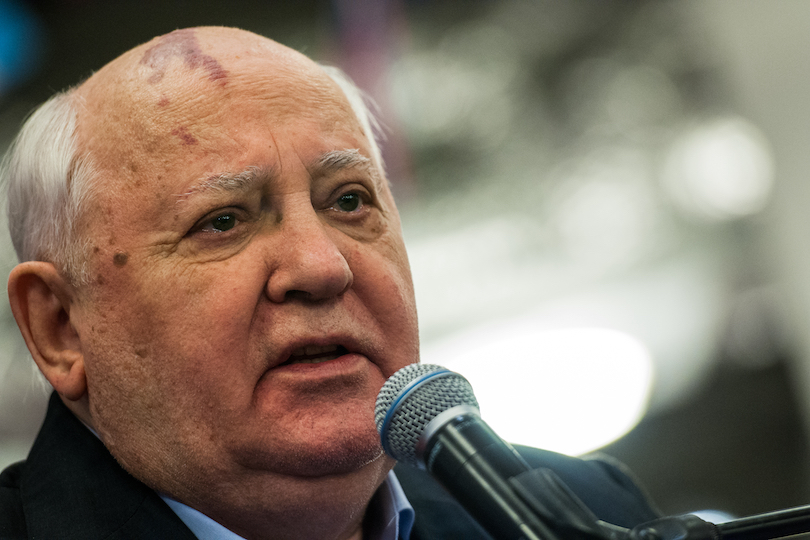 On March 2, 2021, Mikhail Gorbachev, the last leader of the Soviet Union, turned 90 years of age. His five years in power were tumultuous, multi-faceted, and saw his country opened up, the Cold War ended, and ultimately the collapse of the Soviet Union in December 1991. Fondly remembered in the West, he was for some time reviled in his homeland. How should we judge him as a political leader? What were his main achievements and failures?

Gorbachev was born in the southern region of Stavropol, deep in the Caucasus, a mountainous region comprising many different nationality groups. Visitors there included the KGB chief Yuri Andropov, who took on the role of Gorbachev’s patron, ensuring his rise through the local party ranks. The impression from these early days is of an energetic man with strict work habits and high ambitions. He met his future wife Raisa Titarenko at Moscow State University, where he studied law. In 1980, the ageing and ailing Leonid Brezhnev brought Gorbachev into the ruling Politburo, with a task of reviving Soviet agriculture, a task that seemed insuperable. At this time, Gorbachev, at 49, was by some margin the youngest member of the party’s ruling body.

After Brezhnev’s death in November 1982, and an “interregnum” when two elderly leaders followed him—Andropov (1982-84) and Konstantin Chernenko (1984–March 1985)—Gorbachev was the broad choice for party leader in March 1985. Few changes were anticipated. Gorbachev made long speeches, rarely listened to others (his wife excepted), but sought regular contact with the population.

A year later, at the party’s 27th Congress, Gorbachev iterated his policies of Glasnost and Perestroika (Frankness and Reconstruction), to a body of deeply entrenched party hardliners. The following month, the disaster at the Chernobyl nuclear plant provided his first major crisis. Half-hearted concealment proved impossible as a radiation cloud moved northward and spread across Europe.

Gradually, Gorbachev brought political changes to undermine the authority of the Communist Party, removing many of the old political elite. The 19th Party Conference in 1988 inaugurated multi-party elections and a new Congress the following year that elected a new Supreme Soviet and in the following year, a president (Gorbachev was elected in that position). But economic reforms proved harder to complete, eliciting widespread opposition.

Glasnost resulted in a free media that uncovered and exposed many of the problems that had long riddled society: Stalin’s crimes, excess party privileges, and demands for more autonomy and even independence from some Soviet republics, led by the Baltic States.

In foreign policy, he reached a new agreement with the United States after several summits, made unilateral cuts to medium-range Soviet nuclear weapons, visited the United States, and invited the archetypal Cold War president Ronald Reagan to Moscow, with the two leaders wandering around Red Square to the bemusement of onlookers.

Above all, he abandoned the Brezhnev Doctrine that had enforced military cooperation between the Soviet Union and the East European satellite states to prevent political changes. In 1989, on the 40th anniversary of the German Democratic Republic (East Germany), he flew to East Berlin and warned leader Erich Honecker that he needed to make changes. As the Communist regimes collapsed like dominoes later in the year, and the 28-year-old Berlin Wall was dismantled, Moscow simply watched it happen. A year later, the two German states reunited – more simply, West Germany swallowed up the East. Gorbachev acceded to the demands of the United States and German leader Helmut Kohl that the unified state should join NATO.

By 1990, the Soviet Union faced an economic crisis, precipitated by failure of economic reforms and debilitating strikes of coalminers and steelworkers. In 1991, he initiated a new Union Agreement to preserve the USSR. To prevent its occurrence in August, hardliners kidnapped him in Foros, Crimea and initiated a putsch in Moscow, which failed to ignite. In the interim, several republics declared full independence, including Ukraine and Belarus (the Baltic States had preceded them).

But it was in his native Russia that Gorbachev was upstaged. In June 1991, Russia elected its own president, the ebullient Siberian, Boris Yeltsin, a former friend whom Gorbachev had fired as Moscow’s Mayor in 1987, and gunning for revenge. Yeltsin banned the Communist Party, derided Gorbachev for appointing the putsch leaders, and declared Russian control over resources, including the army on Russian territory.

A few months later, he was unceremoniously evicted from the Kremlin, an emperor without an empire. The state founded by Lenin, which reached its peak under Stalin with the defeat of Nazism in 1945, ended quietly under Gorbachev, a man who sought peaceful change but lacked the means to preserve the Soviet state. We should acknowledge his role in the end of the Cold War and respect his efforts to change the rigid system he inherited. His task was probably impossible.