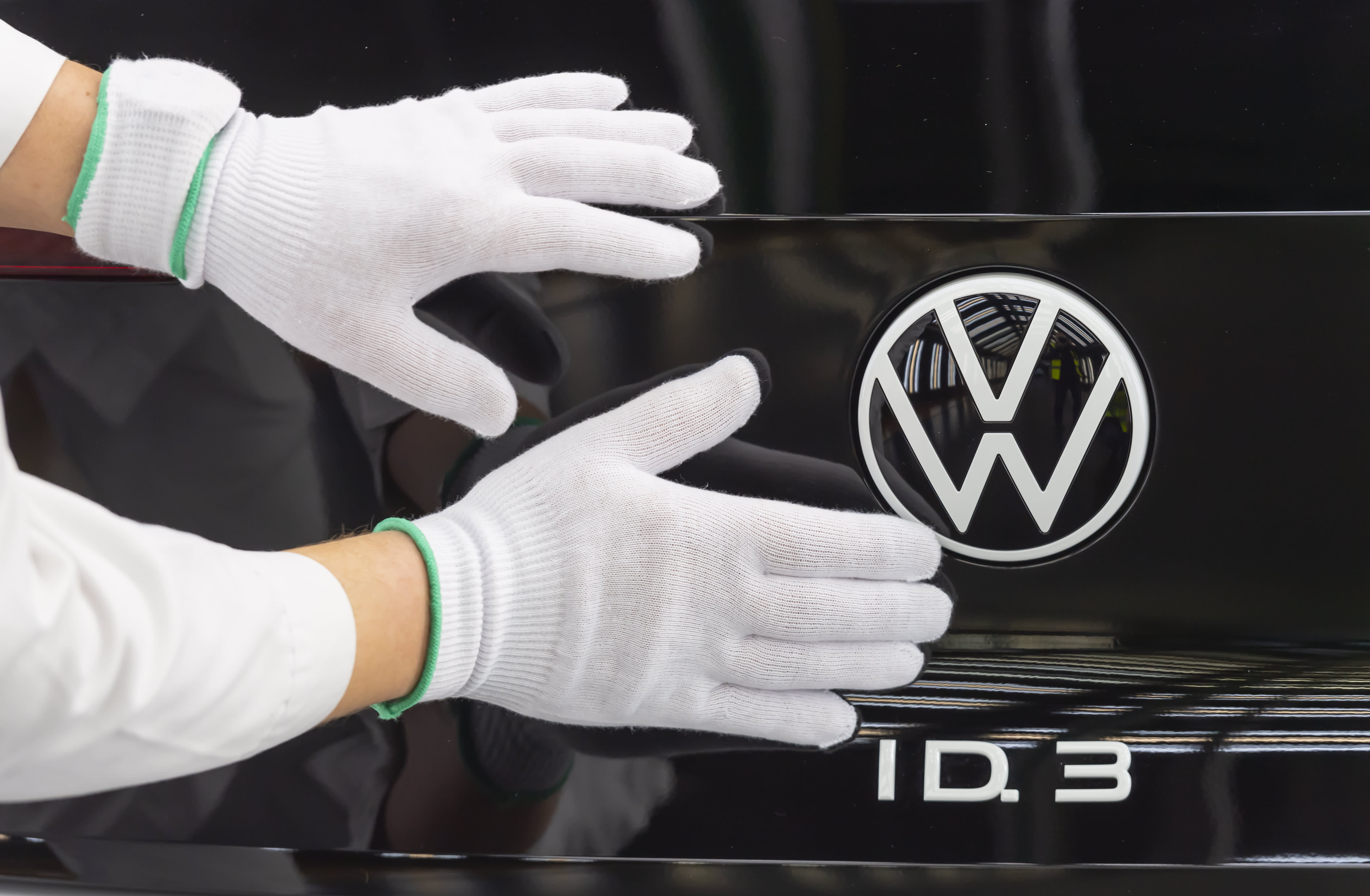 A VW employee works on an ID.3 electric vehicle at a facility in Dresden, Germany, on January 29, 2021.

Volkswagen is looking to ramp up battery cell production for electric vehicles in the coming years, with the German car giant announcing Monday that it was aiming to establish several “gigafactories” in Europe by the end of the decade.

“Together with partners, we want to have a total of six cell factories up and running in Europe by 2030,” Thomas Schmall, who is CEO of Volkswagen Group Components, said in a statement. This move, he added, would guarantee “security of supply.”

According to VW it’s expected that, once fully up and running, the factories will be able to manufacture battery cells with a combined energy value of 240 gigawatt hours each year.

The first two will be located at a Northvolt facility in Skellefteå, Sweden and VW’s Salzgitter site in Germany. In its own announcement Monday, Northvolt said it had received a $14 billion battery cell order from Volkswagen, which will increase its ownership stake in the Swedish battery maker.

Volkswagen will also focus on the development of a “new unified cell” which is slated to be rolled-out in 2023 and used in as much as 80% of the group’s electric vehicles in 2030.

“On average, we will drive down the cost of battery systems to significantly below €100 (around $119.19) per kilowatt hour,” Schmall said. “This will finally make e-mobility affordable and the dominant drive technology.”

On the charging front, VW said it planned to operate roughly 18,000 “public fast-charging points” in Europe by the year 2025. This will be realized through its joint venture, known as ‘IONITY,’ with other major carmakers, as well as what it described as “a series of strategic partnerships.”

The latter will see VW – which will invest 400 million euros in its European initiative by 2025 – collaborating with Enel in Italy, Iberdrola in Spain and BP in Great Britain.

On Sunday, VW said it would freeze the size of its workforce at January 2021 levels and start offering partial retirement to workers born in 1964 and an early retirement initiative for employees born between 1956 and 1960.