Simay Dinc is a first-generation game maker in Turkey, and she wants to teach the next generation to learn how to make games, learn to code, and embrace tech and science as well.

So Dinc, cofounder of Recontact Games and founder of Women in Games Turkey, started a program to teach kids in a small village how to appreciate the interactive arts. The program is called CATS of Small Village, where CATS stands for Culture, Art, Technology, and Science. It was a creativity camp for kids.

Turkey has had a boom in games with big companies like Zynga moving in to acquire companies such as Peak Games (purchased for $1.8 billion) and Rollic (purchased for $168 million). Dream Games, an Istanbul maker of casual games, recently raised $155 million. All of those deals have started a lot of momentum for mobile game companies in Turkey. But while 47% of gamers in Turkey are women, Dinc said, there aren’t enough female game developers. 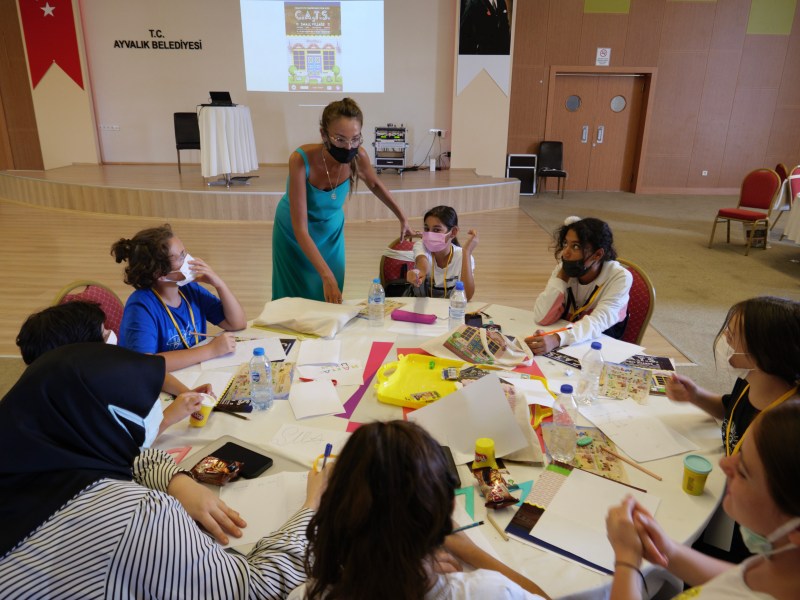 Above: Simay Dinc of Recontact Games helped kids in a small Turkish village learn about tech and games.

“This is our new social impact project set in a small village,” said Dinc in an interview with GamesBeat. “We wanted to remind people that games are both culture and art. Gaming is not just a coding industry. It is a part of the creative industry, and we wanted to share this mindset. We brought in speakers from cultural studies, arts, technology, and science.” 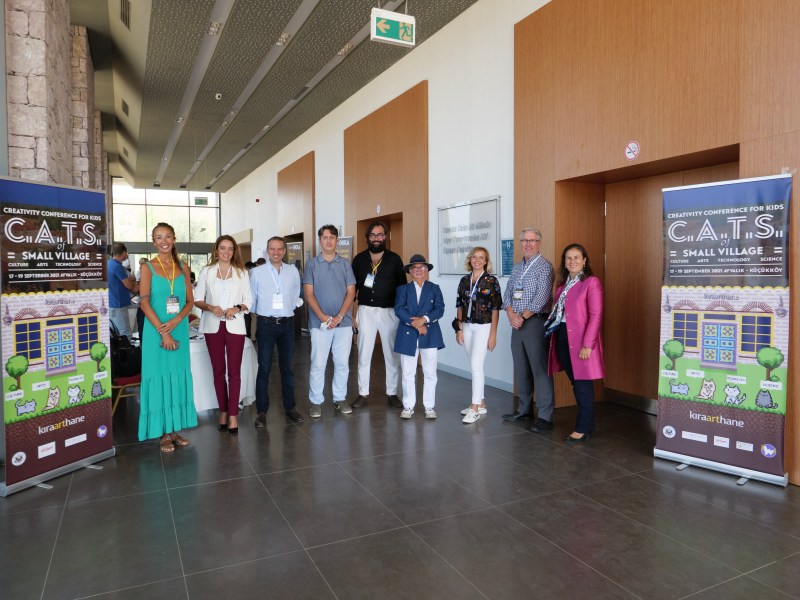 Above: CATS of Small Village was a creativity conference for kids.

She held the first event in the village of Ayvalik in Turkey on September 17 to September 19. It had support from Recontact Games and Women in Games Turkey. And she brought aboard university professors to talk about culture, arts, technology, and science. Participants came from Women in Games Turkey, United Nations SDNS, the U.S. Consulate, and more.

The target age for the program was around 10 years old to 14 years old.

“We are doing this project in the rural areas so the children get an opportunity to be exposed to technology and science,” she said. 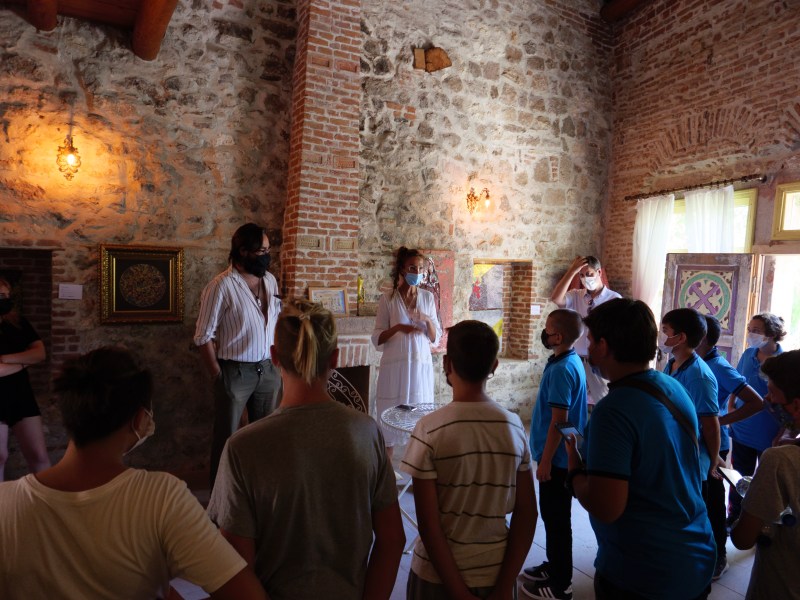 The idea was to introduce video game development not just as code writing but as a piece of interactive artwork. The ‘CATS of Small Village’ aims to raise awareness of sustainable development goals through gaming. The team used gamification techniques to transform children’s ideas into real game designs.

The project aims to reach village children in rural areas who don’t typically have opportunities to experience new professions of the future. By providing lessons and case studies about creative industries from university lecturers and professionals, the group hopes to inspire kids and expand their vision of what is possible. Over time, Dinc hopes to expand CATS to other rural areas of the world.

“My passion and my aim is to educate people on how the games industry is enriched by people of many different disciplines and backgrounds,” Dinc said. “Far from the stereotypes often shown in the media — with the emphasis being on gambling, violence and addiction — the online gaming community encompasses people of all ages, genders, backgrounds, nationalities and outlooks, and is thus arguably one of the most diverse and inclusive industry in the digital tech sector.” 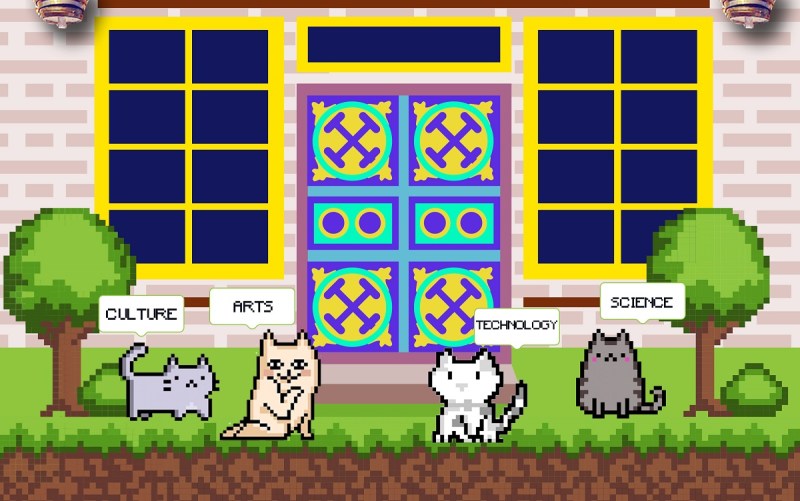 Because of this diversity, Dinc believes games have a multi-disciplinary power to overcome differences, to change the world, and empower the younger generation.

Dinc has been a passionate gamer since she was seven years old. She was charmed by the Prince of Persia — the 8 bit pc game. She also spent time in art galleries and museums.

“My childhood split between art galleries and arcade halls,” she said.

When she visited the Museum of Modern Art in New York in 2013, she saw that the art community didn’t respond well to the idea of Pac-Man hanging next to works by Picasso.

“The exhibition made me realize and remember that video games are an art form, a culture, and a multibillion dollar industry,” she said. 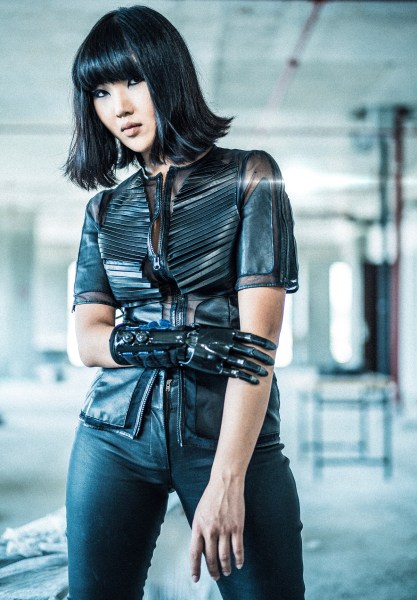 Above: Cybergirl in Recontact: London.

As a former filmmaker, she cofounded Recontact with her brother Eray and they went on to make games that combine cinema and gaming in mobile games. Recontact: Istanbul launched in 2015, and it was made with both a film department and a game crew. Now the company is adding Steam as a platform for its games in addition to mobile. A total of 31 people contribute to the company, both as full-time workers and contractors. The company’s games have had more than a million downloads. 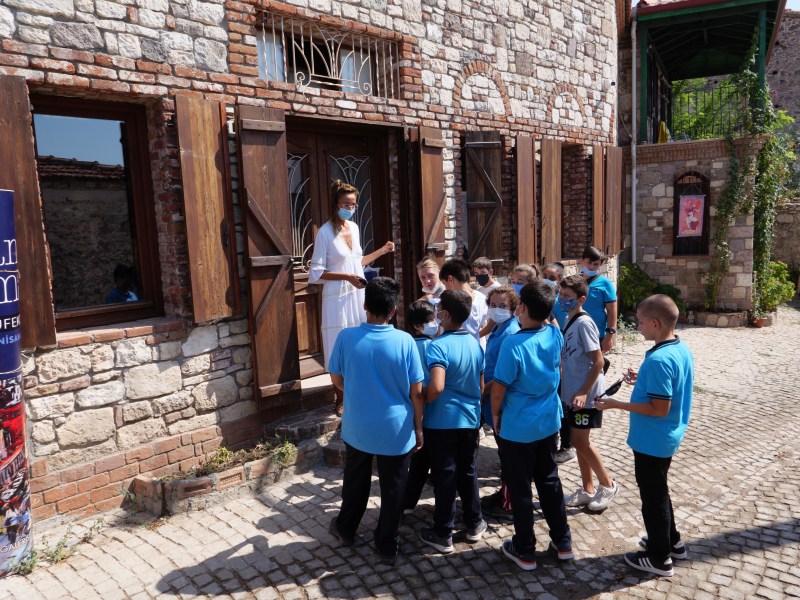 Dinc also started the Women in Games Turkey group in 2015, since she saw how rare women were in the growing Turkish games industry. And she has traveled all around Turkey and collaborated with 40 universities to get women more involved in game development. She believes there are thousands of women in the pipeline now. And with the CATS program, she wants to make an impact further down the pipeline while boys and girls are still in their formative years. Eray Dinc helped with the university recruiting as he was an academician.

The Women in Games Turkey group provided mentors for the kids. The CATS program got started this summer. Dinc wanted to start it earlier, but the pandemic forced her to wait longer. The event was a relatively small group, partly because of concerns about COVID.

“We would like to expand to other villages and cities over time,” Dinc said.

The Beatles and John Lennon memorabilia to be sold as NFTs

How to Annotate Historical Images on Jamboard